Home > 📔 Informational > Modafinil and Kratom Mix: Result That You Should Expect

Modafinil and Kratom Mix: Result That You Should Expect

Modafinil and kratom are two highly effective medications that offer immense benefits when taken correctly. While modafinil is commonly used to fight sleepiness associated with conditions like narcolepsy, kratom is used to relieve chronic pains. The latter medication could also be used as an aid for withdrawal from opium dependence. 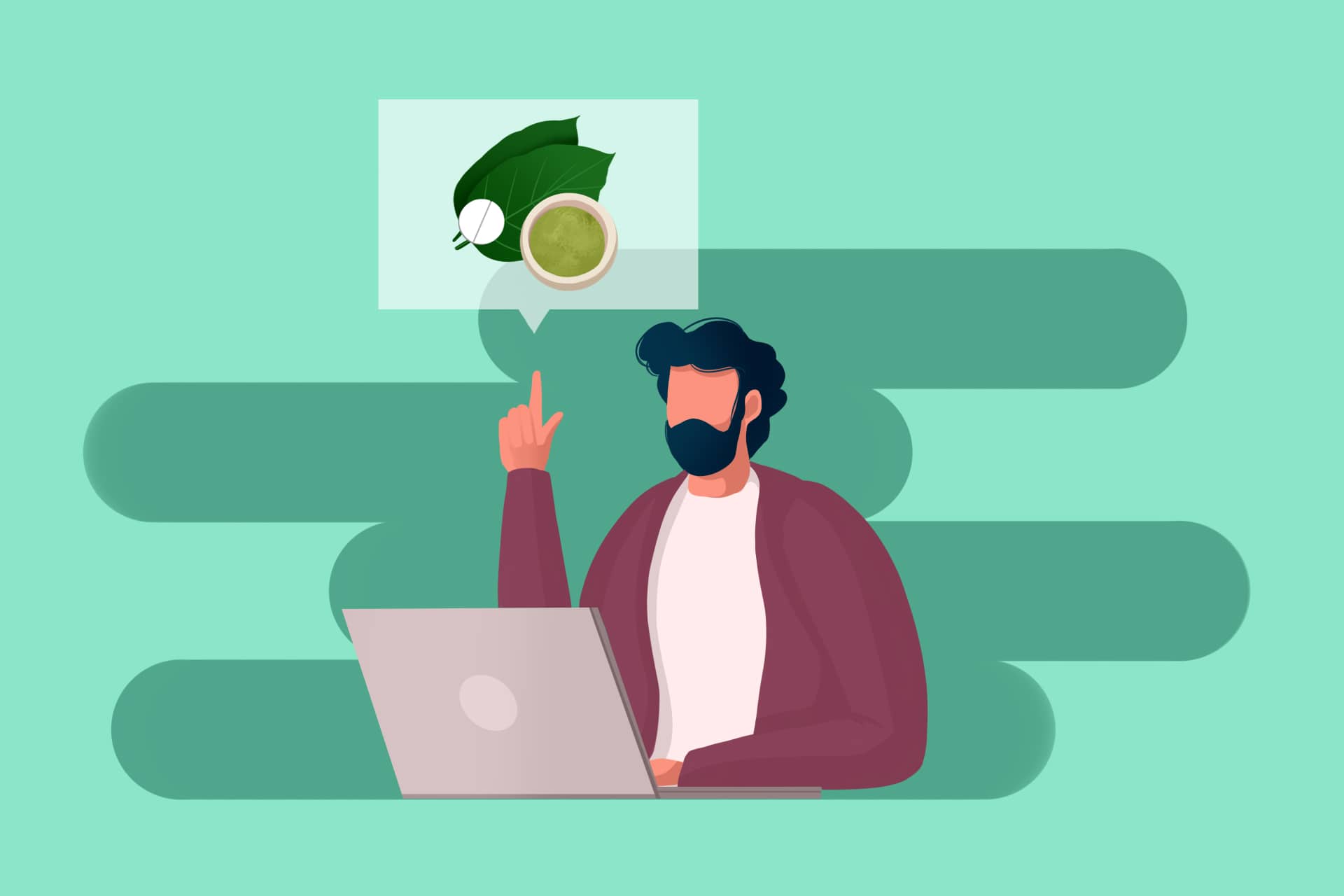 In recent times, people have begun to combine these two drugs. This new practice, however, raises a lot of vital questions. Is this combination safe? What benefits can you get from combining modafinil and kratom? Let’s take a look at these two medications and find out.

What Exactly Is Modafinil?

Modafinil is a highly sought after medication used to combat sleepiness caused by shift work sleep disorder, obstructive sleep apnea (OSA), or narcolepsy. Its usage among healthy individuals to enhance cognitive functions is also on the rise [1]. Many people believe that it is an effective cognitive enhancer, and there have been a lot of positive reviews from its users.

The use of modafinil as a solution to symptoms of narcolepsy and other related disorders can be traced back to 1998. During this year, it was approved by the United States Food and Drug Administration (FDA) as a treatment for narcolepsy. Subsequently, in 2004, it was also approved as a treatment for shift work sleep disorder and obstructive sleep apnea/hypopnea syndrome [2].

Over the years, as modafinil’s popularity has reached new heights, many users have continued to observe positive changes in cognitive functions after taking the medication.

Modafinil can be used by just anybody, and today, a large number of individuals rely on it both to combat sleepiness and as a cognitive enhancer. The more dominant users of modafinil are college students and adults who belong to the working class. However, several famous figures and celebrities have equally admitted to using this nootropic.

Kratom (Mitragyna speciosa) is a tree commonly found in Malaysia, Thailand, and many other South Asian countries. Also known as ketum or kakuam, its leaves are commonly used as a sedative or stimulant. Here’s how it works. Kratom contains two main ingredients: mitragynine and 7-hydroxymitragynine. Clinical studies have shown that these two alkaloids have anti-inflammatory, muscle relaxant, and pain-relieving effects. As such, this plant is commonly used as a pain reliever. However, there is yet no substantial evidence that is effective as a drug [3]. 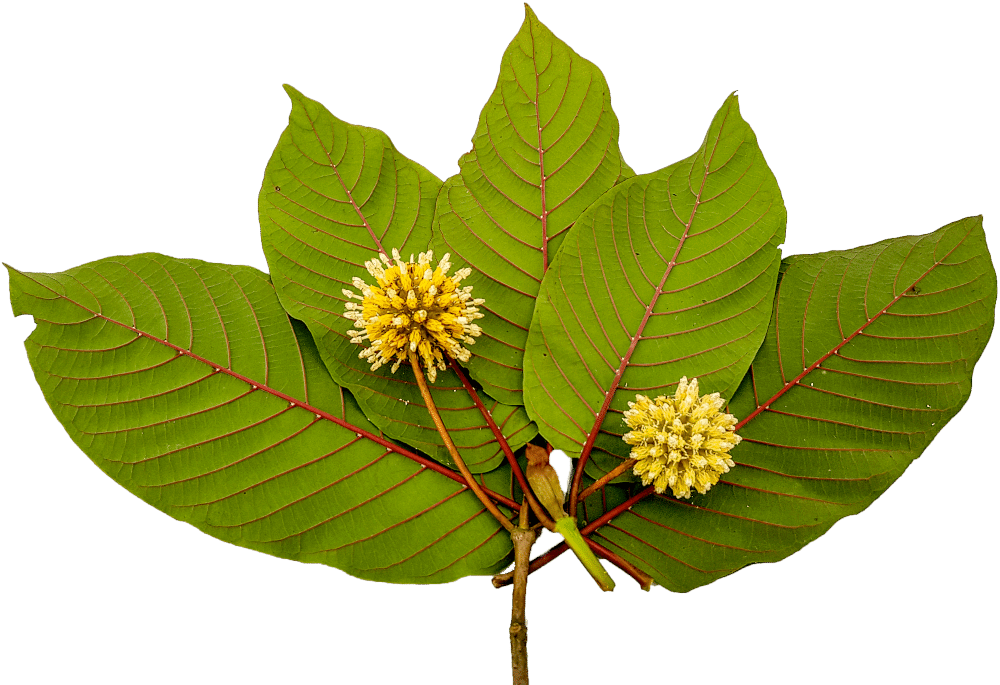 Usually, when taken in low doses, certain claims indicate that it works as a stimulant. Users of this medication have reported enhanced energy and an equally increased feeling of alertness when they take it in small doses. On the other hand, when taken in larger doses, kratom may have sedative and euphoric effects. It also helps dull users’ emotions and sensations.

How is this plant used? Usually, kratom’s leaves are dried first. After that, they are either powdered or crushed. Users can then use this herbal powder and take it in the form of tea or a drink. However, this is not the only form in which kratom can be used. This medication is equally available in tablets, capsules, and as a paste. Nevertheless, many users prefer to brew it as a tea to help manage pain and the withdrawal from opium.

From the description given above, it is clear that kratom has two major effects:

The sedative effects of this medication include feelings of euphoria and calmness, which could last for up to 6 hours or higher. On the other hand, the stimulant effects are usually giddiness, alertness, reduced motor coordination, and increased sociability.

Kratom is a legal medication in the United States. However, it should be noted that it is not legal in several countries such as Malaysia, Thailand, and Australia. What’s more, though this drug is thought to offer immense benefits, some professionals point out that it is capable of causing some serious adverse reactions. Due to limited research on it, a lot of things like its possible harmful effects, interactions, and a safe and effective dosage are unknown. In this light, users are advised to weigh all pros and cons before taking the drug and talk to their doctor.

Usage of Kratom and Modafinil Stack

Mostly, modafinil is used to fight off sleepiness and help improve wakefulness. It is usually prescribed as a treatment for narcolepsy and a relatively wide spectrum of related disorders. In some cases, this medication could be used as a cognitive enhancer to boost mental performance and improve cognitive functions. There have also been reports of modafinil causing increased alertness in users. On the other hand, kratom is commonly used to relieve chronic pain. It could equally act as a stimulant or sedative depending on the dosage taken. The effects observed in users after taking kratom could range from giddiness and alertness to a decrease in motor functions.

These two medications are highly effective when taken in isolation. People may combine them in order to achieve better or increased results simultaneously. However, due to the lack of substantial info on kratom from the research community, it will be best for people looking to use it alone or alongside modafinil to seek professional advice. This will help prevent any possible serious adverse effects, such as seizures.

Safeness of Such Combination

Before coadministering modafinil and kratom, it is important to ask vital questions concerning the safety of such a combination. Is it safe? Will you observe severe reactions if you combine these two medications?

So far, there has been no proven study or case of these drugs causing harm to the user when taken together. As such, it is still uncertain whether this combination is actually dangerous or not.

However, an increasing number of users are beginning to mix and switch between these drugs with no adverse reactions. Thus, users may be able to combine both of them safely. We only advise that one does so after consultation with a healthcare provider and under close supervision.

Modafinil and Kratom Side Effects

When using any medication, it is quite common to experience certain mild side effects. The same goes for nootropics such as modafinil and kratom.

Modafinil may cause certain negative reactions such as the following [4]:

It is important to note that modafinil could also have cognitive, emotional, and behavioral side effects such as anxiety, nervousness, or agitation. If one notices more severe reactions such as depression, fever, hallucinations, chest pain, or mood changes, it is essential to visit a doctor at once. 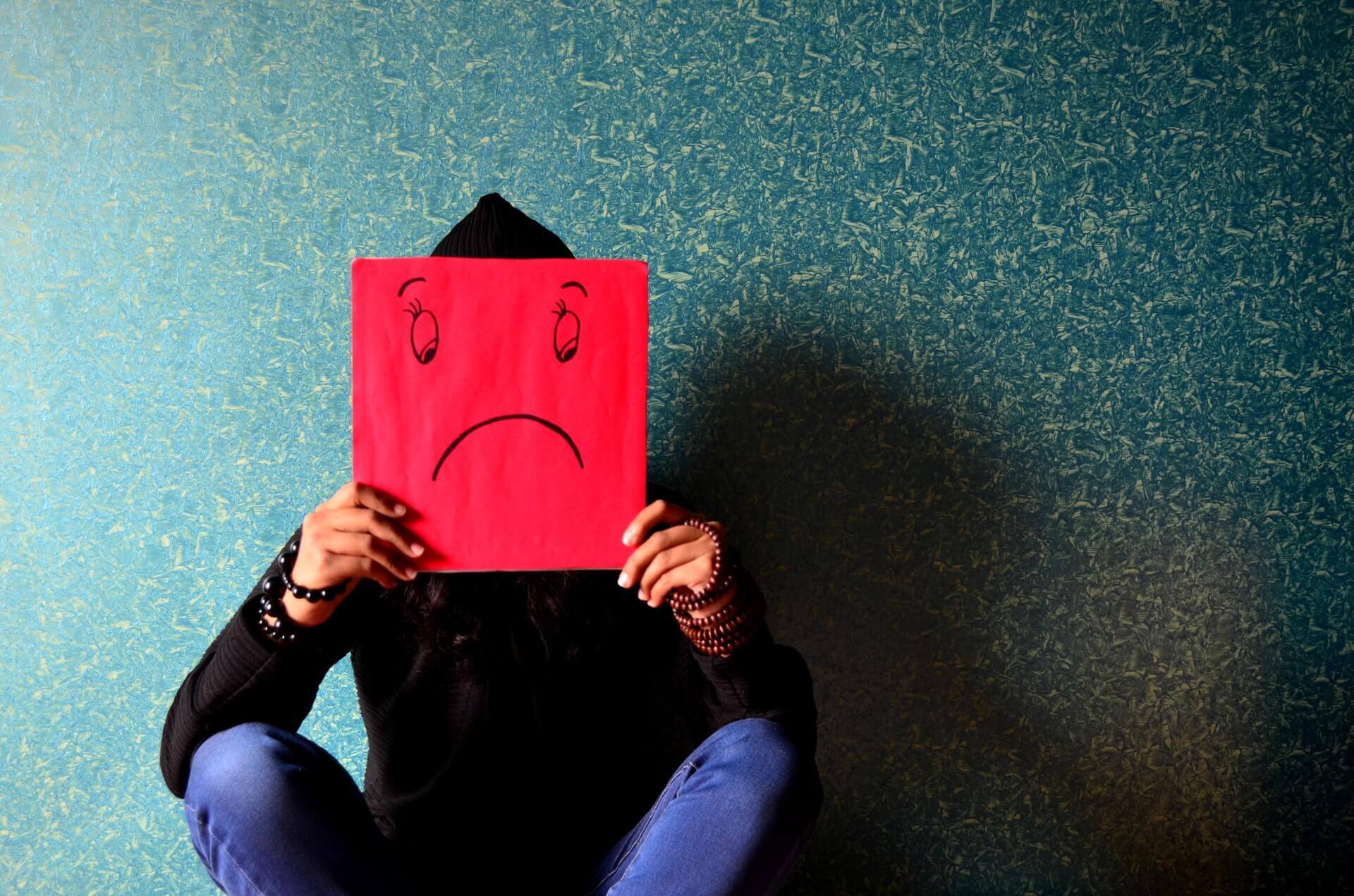 Kratom is a highly effective and volatile drug. As such, it should be used with absolute caution. Users may observe certain side effects after using kratom in either small or large doses [5]. These may include:

Kratom equally has several cognitive and emotional side effects such as anxiety and anger. When using modafinil and/or kratom, one should be careful so as to avoid over-dependence or addiction to them.

What Benefits Can Kratom and Modafinil Bring Together?

Kratom serves as a great pain reliever since it has analgesic and anti-inflammatory effects. It equally helps strengthen the immune system as the various alkaloids found in kratom leaves can aid in boosting its resilience. Studies carried out on mice show that kratom leaves have the capability of improving sexual stimulation and quality of sperm when ingested [6]. Finally, one great benefit of this medication is that it effectively aids withdrawal from opium dependence in users.

There’s also the possibility that they will offer even more when combined. Many users report this medication enhancing one another for better effectiveness and lesser risk of addiction. However, at the moment, there are no studies to back this up, so make sure to talk to your doctor before administering kratom and modafinil stack.

When you want to quit modafinil or kratom, it is not advisable to do this abruptly. Rather, take smaller and smaller doses. These two medications have different withdrawal timelines and symptoms.

For kratom, withdrawal symptoms usually appear 12 to 48 hours after the last dosage. These reactions do not linger as they usually disappear within a duration of 3 days [7].

On the other hand, modafinil’s withdrawal symptoms may last for a few weeks as the body tries hard to adapt to the new situation.

In the event that very serious side effects or discomfort are experienced in the process of withdrawal from any of these drugs, an immediate report should be made to a healthcare provider.

Interactions with Drugs, Food and Alcohol 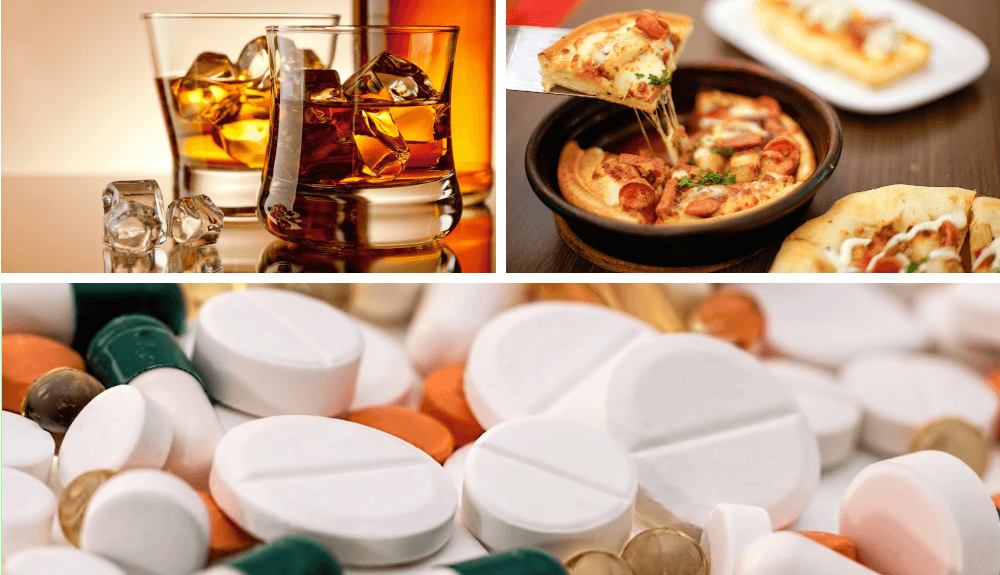 When using modafinil and/or kratom, it is important to stay away from certain meds and substances in order to prevent drug interaction. A drug interaction refers to a situation where two medicines that aren’t supposed to be coadministered are taken together, thereby leading to an adverse reaction.

Let’s take a look at the interactions of modafinil and kratom with other substances.

Modafinil can be taken with or without food. However, it is important to note that using this medication with food can delay or slow down its absorption by one hour. In the same vein, people who suffer from conditions such as hypertension, liver disease, and cardiac disease should avoid using these tabs.

Kratom interacts with certain other classes of medications such as the following:

Although there is no known interaction between kratom and alcohol, it is not advisable to take the latter while using this drug.

In today’s world, more and more people are beginning to rely on nootropics. Modafinil and kratom are two highly effective medications that can be taken to achieve better, even amazing results. However, it is best to start off small and apply caution when taking any of these drugs to avoid adverse reactions. For those who may like to combine both meds, it is advisable to seek professional advice before starting. This will help prevent possible severe short or long-term after-effects.