Modafinil is one of the most popular cognitive enhancement medications in the world.

It’s similar in effect to amphetamines (Dexedrine and Adderall), or methylphenidate (Ritalin), but with much fewer side effects.

Modalert is a generic version of modafinil.

It’s priced significantly cheaper than the brand name version, Provigil, without sacrificing quality. This has made Modalert highly popular in the modafinil community.

Here is an in-depth guide to Modalert. How to use it; what it’s benefits are; and how it compares to other cognitive enhancers on the market.

Modalert is a generic version of modafinil made by the pharmaceutical giant, Sun Pharmaceuticals.

It comes in 100 mg, 200 mg, and 400 mg sizes, though most vendors sell the 200 mg version only. Each capsule comes with a convenient crease down the middle, so users can easily separate their 200 mg tablets into two equal 100 mg doses if they want a smaller dose.

Modalert is prescribed for treating ADD/ADHD and narcolepsy by doctors. Outside of its prescribed uses, Modalert is popular as a cognitive enhancement supplement. It’s also used by the US military to help their special forces stay awake during long missions.

Students often take Modalert to improve their focus during study sessions. Business executives use it to power through exhausting projects, and gamers use it during competitions to increase their vigilance and reaction times. 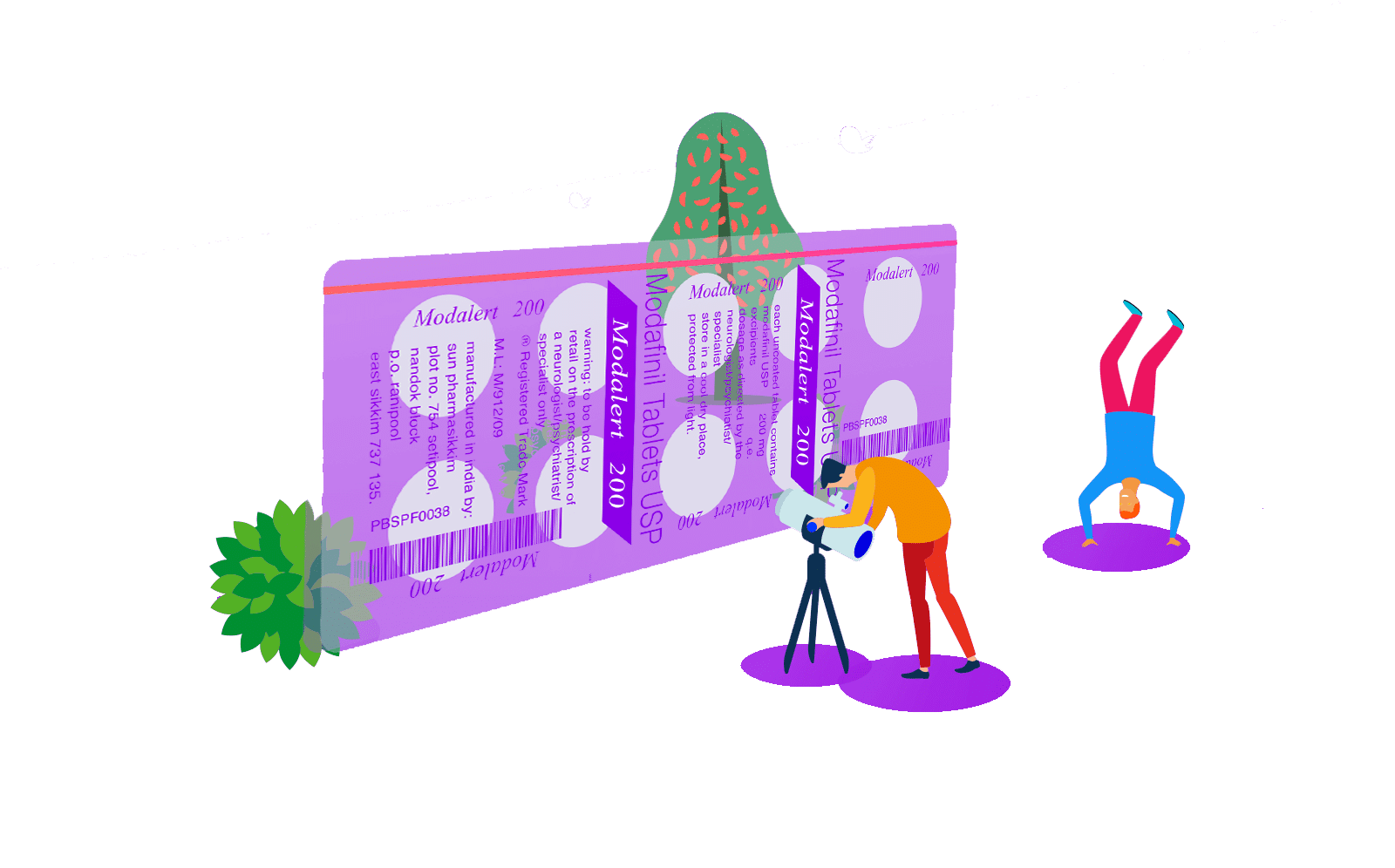 Where To Buy Modalert

There are many vendors selling modafinil online — some are excellent, others not.

Some vendors like ModafinilXL offer free shipping, and guaranteed deliveries to the United States, UK, and Australia. They also offer a $25 discount to returning customers, and an additional 35% discount for orders purchased with Bitcoin or any other cryptocurrency.

Most vendors will sell generic versions of modafinil such as:

Should you decide to order from ModafinilXL, be sure to use our discount code ENJOYMXL10 to save 10% on your entire order.

All forms of modafinil are considered prescription-only medications in the United States, Australia, Canada, UK, and most of Europe.

Modalert can be purchased online through vendors operating in places where the sale of modafinil is open to the public—most commonly, India. 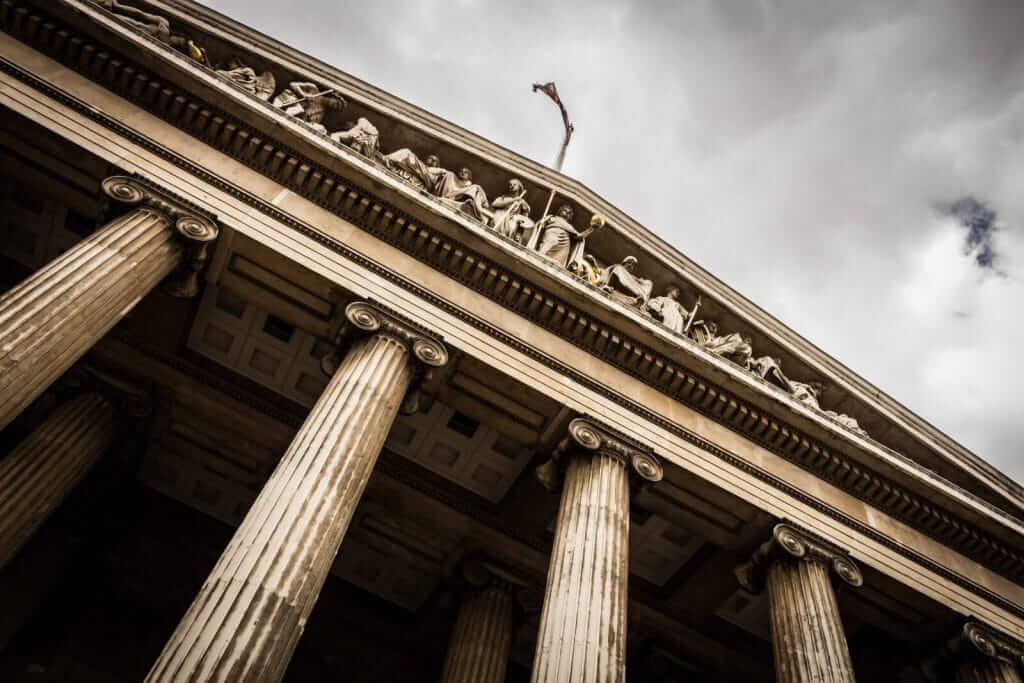 How Much Does Modalert Cost?

The main difference between the brand name modafinil (Provigil®) and Sun Pharmaceuticals generic version (Modalert) is the price.

Chemically, Modalert is the same as brand name modafinil, Provigil®.

In the past, the only option available to people prescribed modafinil was Cephalon Inc’s expensive Provigil®, often costing around $51 per tablet.

In recent years, thanks to the convenience and accessibility of the internet, Modalert (Sun Pharmaceuticals) can be bought with or without a prescription at the low cost of $0.53-$2.99 USD per tablet.

When buying Modalert online, it’s important to find a vendor that will ship to your country. In some parts of the world, such as Japan, UAE, or China, modafinil is strictly prohibited, and therefore most vendors won’t ship to these regions.

In places like the United States, the UK, Singapore, Finland, Australia, New Zealand, or Sweden, most online vendors will guarantee the arrival of their customers’ order.

Occasionally, border security officers will confiscate a package, however, since the drug isn’t illegal to own, no further action will result.

High-quality modafinil vendors will offer refunds on orders confiscated at the border, or they will simply re-ship the same order a second time.

We recommend ModafinilXL for our customers from the US, the UK, Australia & New Zealand; BuyModa for Canada; Eufinil for those who live in Europe.

Though inconvenient, most people rarely experience any issues receiving their orders.

Some countries, such as Canada, are notorious for their attention to incoming mail, and often confiscate orders of Modalert before they reach their final destination. For this reason, many modafinil vendors won’t ship to Canada (except Buy Moda). 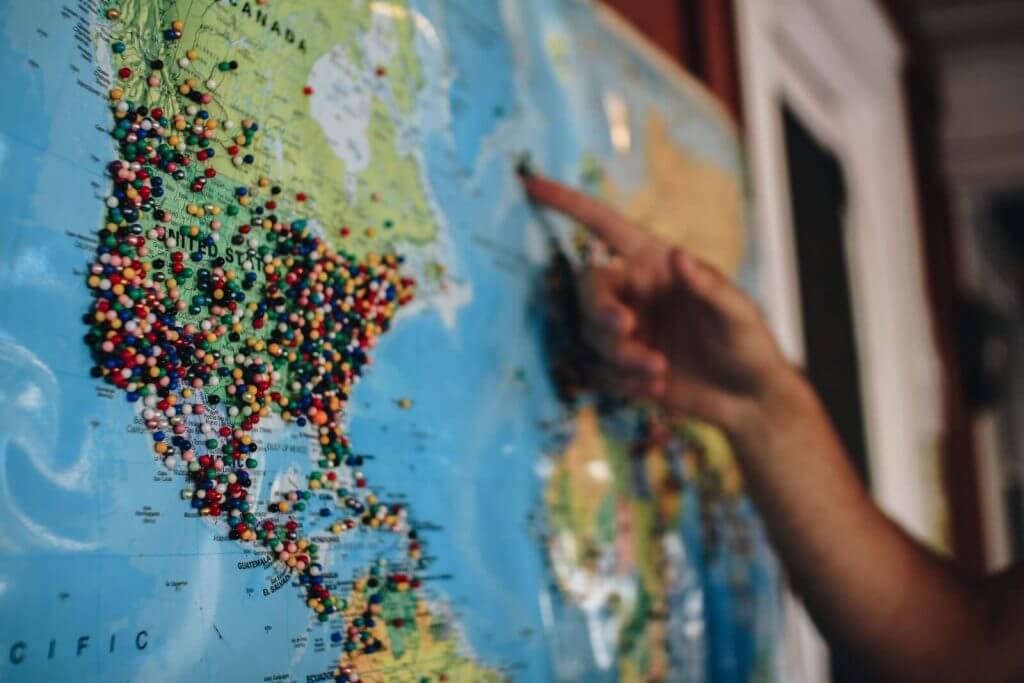 The Benefits of Modalert

Modalert, like all modafinil, is considered a wakefulness-promoting and cognitive enhancing agent. It targets specific regions of the brain that are responsible for making us feel alert.

These effects are beneficial to a large range of people. Modafinil is popular among students, artists, writers, fighter pilots, shift workers, and virtually anybody who needs to stay awake to finish a tough project or tedious task.

The Benefits of Modalert Include:

Medications often work by binding to specific receptors in the body. The body uses different types of receptors to tell the cells what to do.

These receptors tell the neurons how much dopamine they should reabsorb (thus reducing the concentrations of dopamine). When Modalert enters the body, it blocks these receptors, preventing the reabsorption of dopamine. As less dopamine is reabsorbed into the cell, it begins to build up outside of the cell.

Cocaine uses the same mechanism to exert its effects, though to a much stronger degree. If we could imagine a dial in the brain controlling wakefulness, modafinil is about a 6, while cocaine is so powerful whole dial breaks off.

There are also several other mechanisms Modalert uses to boost cognitive function and wakefulness that make it very different than cocaine.

Modalert also increases histamine, orexin, and norepinephrine in the brain. These chemicals are used to regulate the arousal portion of the sleep-wake cycle. [1-3].

The conditions modafinil is prescribed for involve deficiencies in one or more of these neurotransmitters. ADD/ADHD sufferers often have below-average dopamine levels, and narcolepsy sufferers have low orexin. 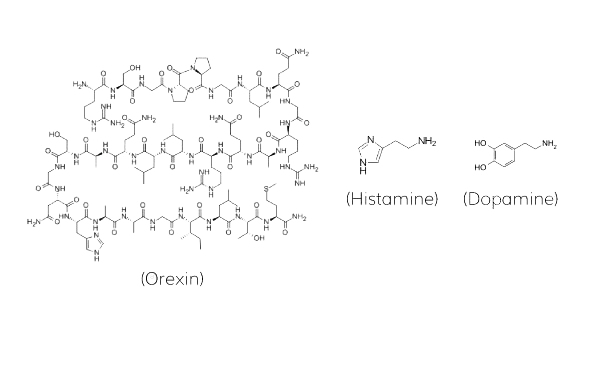 How Much Does Modalert Cost?

Compared to other versions of modafinil, Modalert is slightly more expensive on average.

ModafinilXL offers free shipping on all orders of $50 and above, and a 35% discount if payment is made with Bitcoin. Additionally, a $25 discount is given to all returning customers.

Using our discount code: ENJOYMXL10 at checkout saves you an additional 10% off your order.

These discounts bring the cost of Modalert down as low as $0.53 USD per tablet of Modalert. 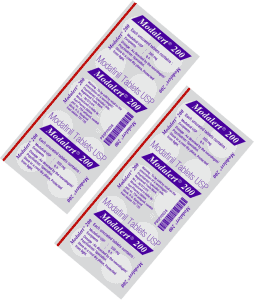 How Much Modalert Should I Take?

The recommended dose for Modalert is 200 mg, though some prefer to cut the tablets in half and take 100 mg doses (better for sensitive individuals or long-term use). Other people choose to double down and take 400 mg doses (suited for larger people, or single doses every now and then).

Although Modalert is considered safe, it’s recommended that users follow the directions on the packaging to avoid overdose.

Does Modalert Have Side Effects?

Just like any other medication, there are side effects with the use of Modalert.

Modalert vs Modvigil vs Provigil®

There are other versions of modafinil as well, including the HAB Pharmaceuticals generic version (Modvigil), as well as the brand name version (Provigil) by Cephalon Inc.

From a chemical standpoint, there are few differences between these drugs. They often come in the same 200 mg dose and use similar fillers and binders (used to help the tablets stay formed or avoid clogging the machines used to make it).

The major difference between these products is the price.

Modvigil is the cheapest option, coming in at around $0.38–$2.99 per capsule on ModafinilXL (depending on how much you order at a time). Modalert is the next in line, with a small increase in price to $0.53–$2.99 per tablet.

Provigil®, on the other hand, is very expensive. It costs an average of $51 for the same 200 mg tablet.

Why is Provigil® so expensive?

The steep price tag comes with being a brand name product.

This practice is as common in the drug industry as it is in other industries like clothing or cars. Some brands offer their goods at significantly higher prices simply based on the name.

When you compare the effects of these drugs, most users report a slightly stronger effect from Provigil®, followed by Modalert, and finally, Modvigil.

This is purely subjective, however, and could be the result of the placebo effect due to the price differences.

All three of these modafinil versions produce noticeable effects on cognition, and all three are used for the same purposes. 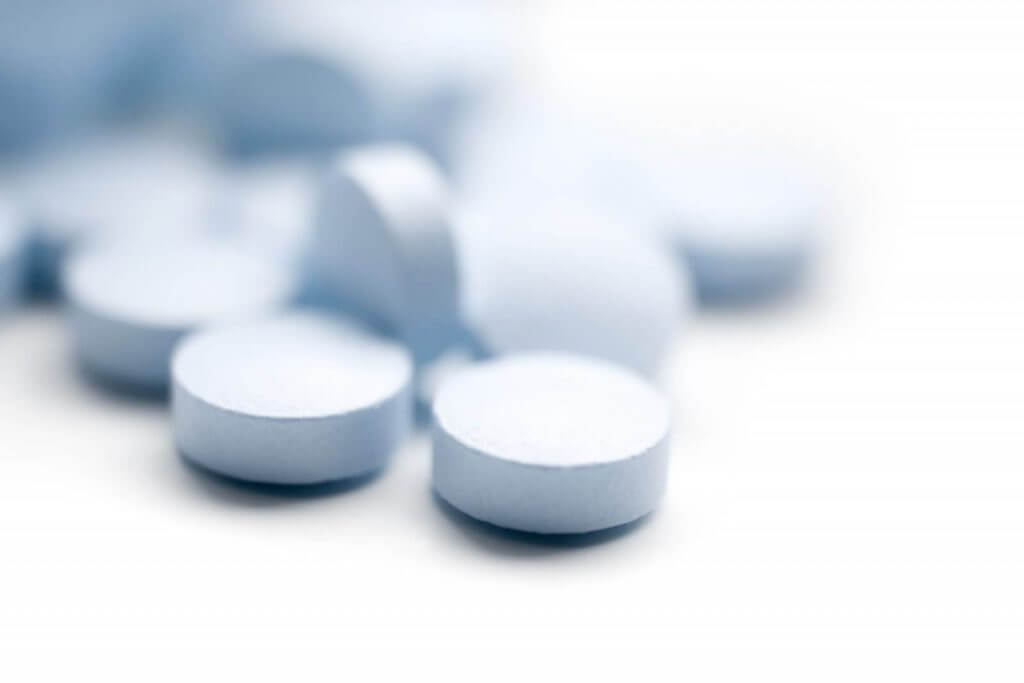 As we’ve discussed, modafinil binds to the same receptors as the illicit and highly addictive substance, cocaine.

Cocaine was rated the second most addictive substance in the world by Medical News Today.

This has lead many to believe that Modafinil is also highly addictive.

On top of this, modafinil is included as a schedule IV substance in the United States. This implies that despite medical benefits to the drug, it has addictive potential.

Although it’s easy to believe that modafinil is addictive based on these facts, this isn’t what the scientific literature is saying.

One study involving 105 people taking between 250 and 300 mg of modafinil per day found no evidence of tolerance formation throughout the study [4]. Researchers even concluded that the drug was a suitable candidate for psychological treatment without the risk of mood changes, tolerance, or abuse of the medication.

Another study investigated the potential for using modafinil as a treatment for cocaine addiction because it’s been shown to “blunt cocaine-induced euphoria” to reduce its potential for addiction [6].

Although modafinil is classified as an addictive compound by the US federal government, there is little evidence to suggest this is true for most people.

Everybody loves the idea of a drug that can make us more intelligent, as seen in movies like Limitless or Lucy. Do these drugs exist? Can modafinil give us superintelligence?

The unfortunate truth is that these drugs simply don’t exist.

Although modafinil and other nootropics can make us solve problems faster, remember things longer, and exert ourselves mentally for longer before we reach exhaustion, they don’t have any impact on our IQ.

Modalert can be used as a way to optimize the brain by allowing us to focus more intently on a specific task. We can increase productivity and our ability to focus.

When we apply this to studying, we can grow our understanding of a topic faster (though still organically) by making our study hours more efficient. 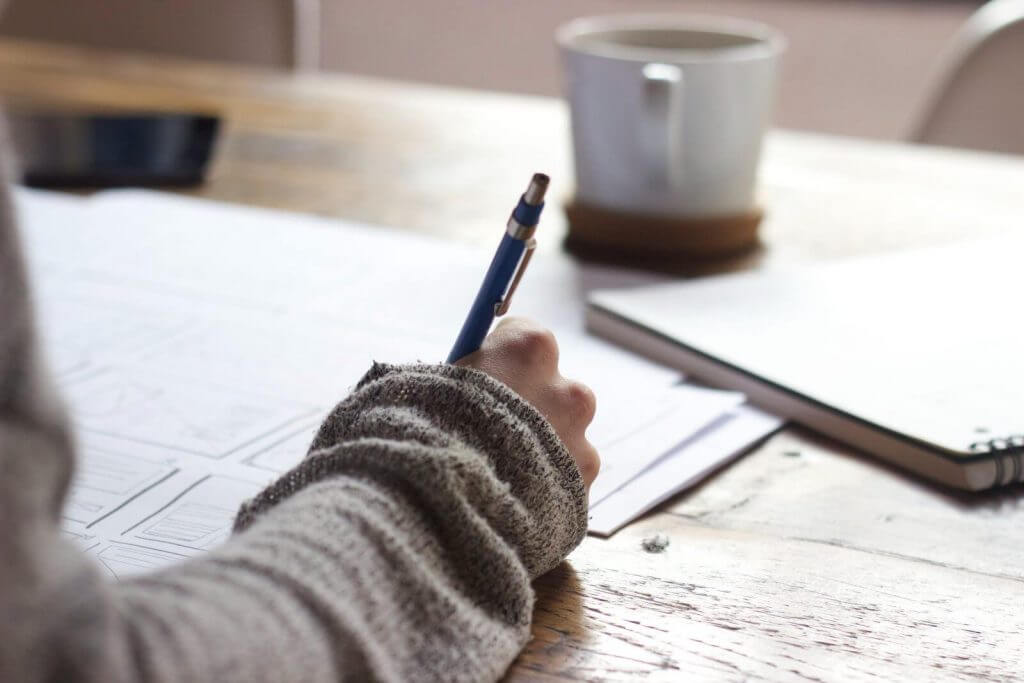 Modalert is the generic version of modafinil made by the Indian-based company Sun Pharmaceuticals.

Modalert is great for those looking for a cognitive stimulant with a mild kick, but not as strong as Adderall or Ritalin. It’s great for students looking to boost their efforts while studying, for writers or artists trying to get through a creative block, or business owners managing heavy workloads that keep them working until early hours of the night.