Home > 📔 Informational > Modafinil in Sports: Is It Legal for Performance?

Modafinil in Sports: Is It Legal for Performance?

For several years now, entrepreneurs, engineers, office executives, and students have known modafinil to be the go-to drug to boost cognition and ultimately increase productivity. But it’s not just them alone. Several athletes, the likes of Kelli White and Chris Phillips, recognized the drug for its ability to increase alertness and performance. However, unfortunately, they can no longer tap into the immense results modafinil provides since it was banned by the World Anti-Doping Agency (WADA) in 2004. 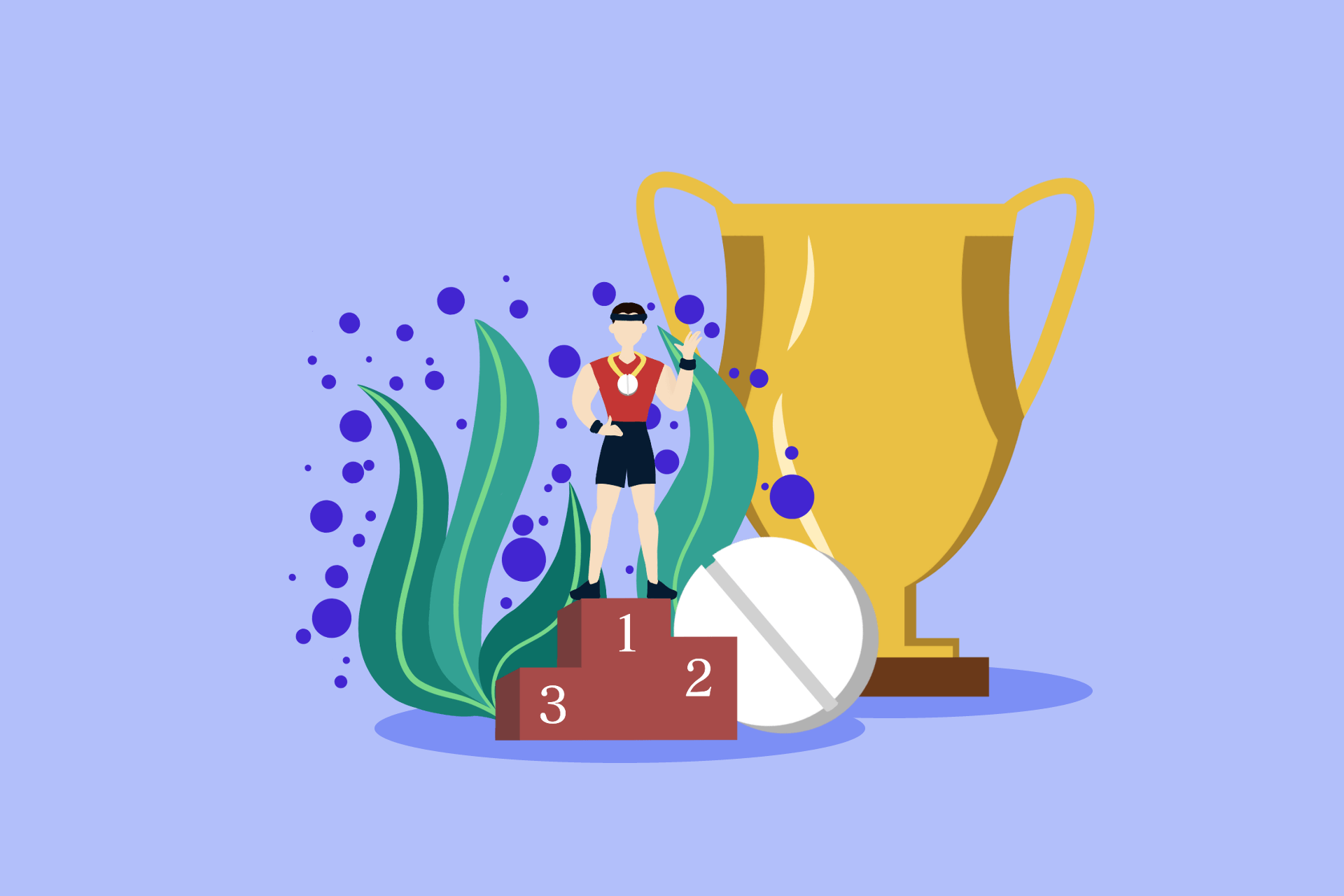 But why was it banned in the sports world? Let’s find out.

Modafinil is a popular wake-promoting drug approved by the Food and Drug Administration (FDA) to treat 3 major sleep disorders. They include narcolepsy, obstructive sleep apnea (OSA), and shift work sleep disorder (SWSD). It was first only approved to treat narcolepsy in 1998 and later to treat the two other sleep disorders in 2003; this came after it was confirmed to be both safe and effective [1].

Today, modafinil is more popular for its off-label use as a cognitive enhancer. Individuals from all walks of life, including students, entrepreneurs, and executives of top corporations, among others, use it to gain a competitive edge in their various fields. Some of the benefits people use it to enjoy are as follows:

Although the FDA is against modafinil’s off-label use as a cognitive enhancer due to limited research papers that prove its effectiveness, thousands of people worldwide continue to use it for the said purpose. This is due to the fact that they achieve great results from it. Speaking of its effectiveness, many users have reported experiencing the aforementioned benefits and seeing increased productivity after using the drug.

Safety and Side Effects

Modafinil is safe, and several research papers back up this statement. In one of the studies carried out to investigate the experiences of modafinil users and the possibility of addiction, the drug was seen to be safe overall. The participants experienced more benefits than risks, even after taking it 3 times per week or more [2].

However, notwithstanding the benefits, it is important to know that the drug is not entirely without side effects. Some individuals taking the drug for the first time have been found to experience mild adverse effects such as headache, nausea, and stomach upset, which usually disappear within a few hours or days. Note that there is a possibility of users experiencing more severe side effects such as hallucinations, ringing in one or both ears, anxiety, etc., but they are caused mostly by incorrect use of the drug.

As stated earlier, modafinil is super-safe for use and has a low potential for addiction. Due to this reason, Harvard and Oxford researchers termed it the “world’s first safe ‘smart drug’” [3].

Consult your doctor before starting treatment with modafinil or any other drug.

How “Can” Modafinil Tablets Benefit Athletes? 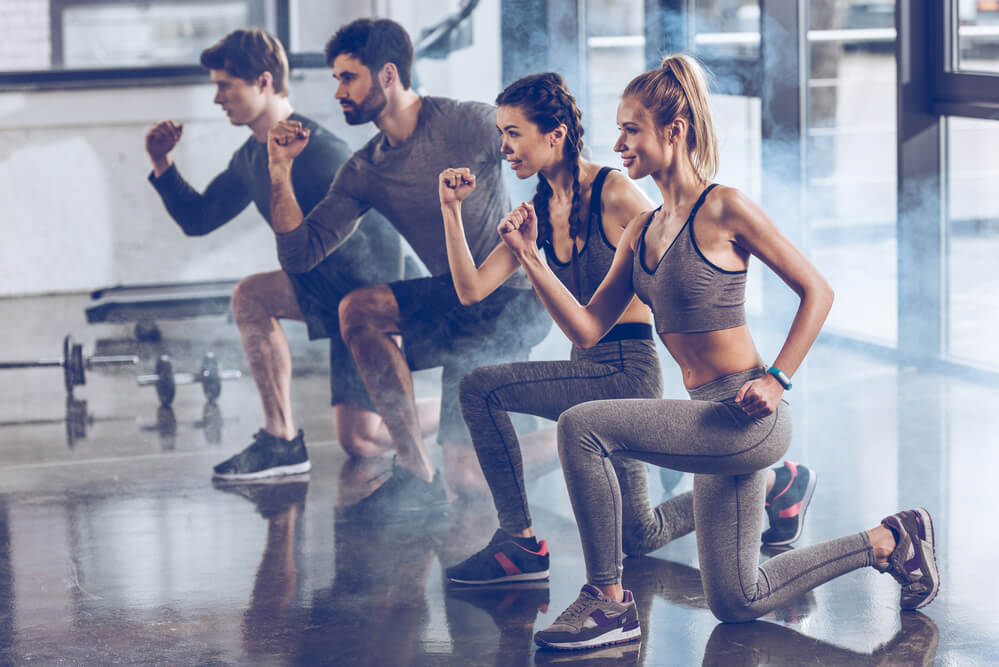 When it is said that modafinil is beneficial to individuals from all walks of life, athletes are not left out. Here are 5 ways in which the drug benefits them.

Although there is currently no sufficient research work that shows that modafinil boosts energy, many people who use it have reported experiencing a rise in energy levels after taking it [4]. This can be very beneficial to athletes, as more energy provides the opportunity to train for longer hours. This could translate to an overall improvement in athletic performance if channeled properly.

Quick reaction time is vital to athletic performance; it is often the special factor the winner of a table tennis game, for example, has over their opponent. It is characterized by an individual’s ability to quickly adjust and respond accordingly to suddenly changing situations. According to a study carried out on rats, modafinil shows potential for reducing reaction time [5].

Focus is yet another essential factor or component required for success in sports. It allows performers to concentrate, zero in on tasks, and do what must be done for as long as it takes to achieve set goals. Numerous studies have highlighted modafinil’s ability to maintain focus in sleep-deprived individuals.

Motivation directly impacts the level of success an athlete will achieve in sports, and modafinil is great for it. By regulating the levels of certain neurotransmitters in the brain, such as dopamine and serotonin, the drug promotes wakefulness and increases alertness, which pushes athletes to improve their performance.

Just in case you’re wondering, modafinil does not improve physique or grow muscle mass as testosterone or steroids would, but it can provide focus, energy, and motivation that can help any athlete achieve this and improve performance.

Earlier we mentioned two famous athletes who’ve taken modafinil, but there are more of them. In fact, there are over a hundred athletes across the world who’ve used it to gain a competitive edge in track or field events. Unfortunately, many of them were penalized for using it. We’ll get into more details about this in the following sections, but before then, here are some very famous athletes who used modafinil.

Barry Bonds was a big-time American professional baseball player considered to be the greatest player of all time. In 2004, he was put under investigation due to suspicions that he might have been taking steroids [7]. It happened that some documents revealed that he was using modafinil. However, Bonds completely denied it, claiming that he didn’t even know what it was. Regardless, today many people continue to believe that he actually used it, citing his extraordinary performance as proof.

Diana Taurasi is an American professional basketball player with many wins and medals to her name. Although she’s regarded as one of the greatest female basketball players based on her achievements, she was banned from playing in the 2010 Turkish league after she was tested positive for modafinil use [8].

However, Diana wouldn’t go down without a fight. She challenged the test results in court, won, and all charges were dropped, as her legal team was able to establish that the tests carried out were false positives. As of the time of writing this article, she still plays actively.

Kelli White’s case might be one of the most unfortunate ones, considering the consequences she faced due to her use of modafinil in sports. The American sprint champion didn’t only lose both her 100 m and 200 m gold medals but also got a 2-year ban from running, even though she insisted she took the drug to combat narcolepsy [9].

But that’s not all to Kelli’s story; 6 other athletes also tested positive to doping tests conducted after she was discovered.

There are several other athletes who were found to have used modafinil to gain a competitive edge, and there are probably many others who still use it today.

Is Modafinil a Banned Substance? 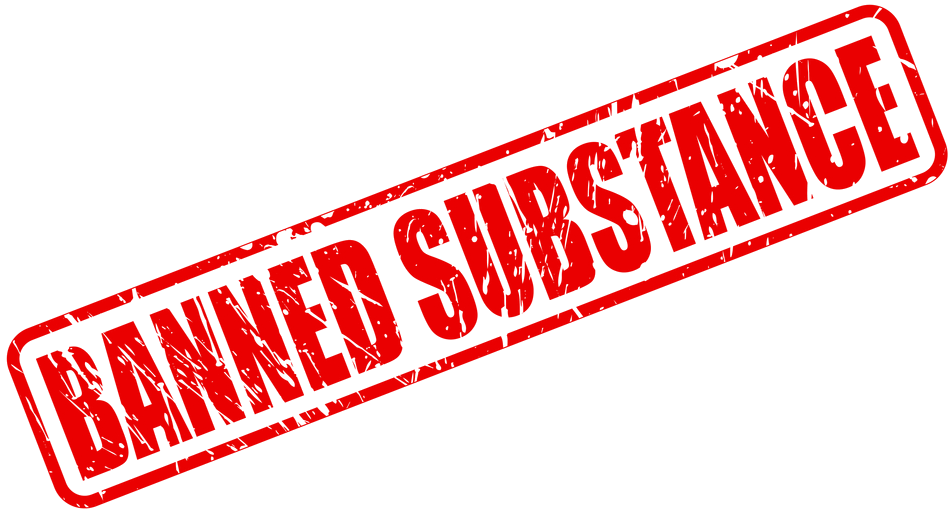 Yes, modafinil is a banned substance. This is because officials consider it a performance-enhancing agent, and they rely on athletic skills to determine outcomes. Over time, more and more sporting organizations have added it to the list of substances prohibited in sports. Let’s take a look at these agencies, what they’re about, and when they affected the ban.

The USADA is an independent anti-doping agency that tests athletes at different competition levels: from young athletes to professionals. Because the organization works in line with policies laid down by the WADA, it automatically has modafinil on its list of banned substances in sports.

The WADA is an anti-doping agency set up to monitor anti-doping activities and ensure that all sports entities worldwide implement and comply with policies as stipulated in the World Anti-Doping Code. The agency added modafinil to its list of banned drugs in 2004, the same year it took coffee off the list [10][11].

The NCAA is a non-profit organization that coordinates student-athletes and regulates the programs and activities that take place in the 1,268 North American institutions that embody them. The organization banned modafinil between 2005 and 2006. However, unlike the other agencies, the NCAA makes an exemption for student-athletes who have a sleep disorder. It is termed a Therapeutic Use Exemption (TUE). Thus, students who can provide proof that they’re suffering from narcolepsy, OSA, or even attention deficit hyperactivity disorder may be allowed to use modafinil in sports [12].

The Olympics operate in line with policies laid down by the WADA, just like the USADA. However, like the NCAA, it also makes exemptions for athletes who are suffering from certain medical conditions. Thus, such athletes may apply for a TUE. However, the exemption will only be approved in the following cases:

These criteria aren’t the easiest to meet, but they must all be met by any athlete who wishes to use modafinil in sports or any other substance considered a stimulant [13].

Should You Take Modafinil Pills During Sporting Events?

Absolutely no! You should never take modafinil pills during sporting events because it is against the rules, and you’ll most likely get caught.

Also, do not even think of beating or outsmarting the drug-testing system, as it is currently next to impossible. In the past, several athletes used masking agents to conceal the presence of modafinil or any other prohibited drug in their system. It worked for many, but some athletes got unfortunate, as they got caught when testing systems were upgraded.

Are you considering using modafinil to train and increase performance before the competition? Actually, this might work because the drug only lasts for a specific period of time. A single dose of modafinil typically stays in the blood for up to 4 days [14]. This means that if you get tested after this time, the results will most likely come out negative.

However, while this seems like a brilliant idea, there’s one big problem. Anti-doping agencies carry out random tests – with no prior notice. Professional athletes can be tested any day, any time, in- or out-of-competition. They may even be tested at their home or training venues [15].

Based on all these, you can probably see that the best way to go is to avoid taking modafinil if you’re an athlete. At least, you can be sure of preserving your career and reputation.

For sure, modafinil offers immense benefits that can help increase performance and ultimately improve productivity. It is safe and effective and can take just about anyone a long way up their career ladder. It lifts mood, boosts memory, provides energy, and increases motivation to work. Unfortunately, athletes just can’t have it.

If you feel you must use modafinil in sports for any reason, be sure to get a TUE. However, it might be hard to get, as many athletes have been feigning sleep disorders to get it, and officials are catching on to the tactic.

You may be tempted to use “just a little” modafinil at some point, but remember that many professional athletes have gotten suspended and banned for using it.