Modafinil dubbed the “world’s first safe ‘smart drug’” can be ingested with or without food. However, it’s crucial to take it appropriately to avoid the chances of food interactions. Some products don’t work as expected with modafinil, as it isn’t a typical “smart drug”; it was designed for treating serious sleep disorders. Nonetheless, the med suppresses an appetite, making it easy to forget to eat & drink water regularly. In this case, it’s always essential to remember to eat right. But which food should you take while on modafinil, and which ones should you avoid? 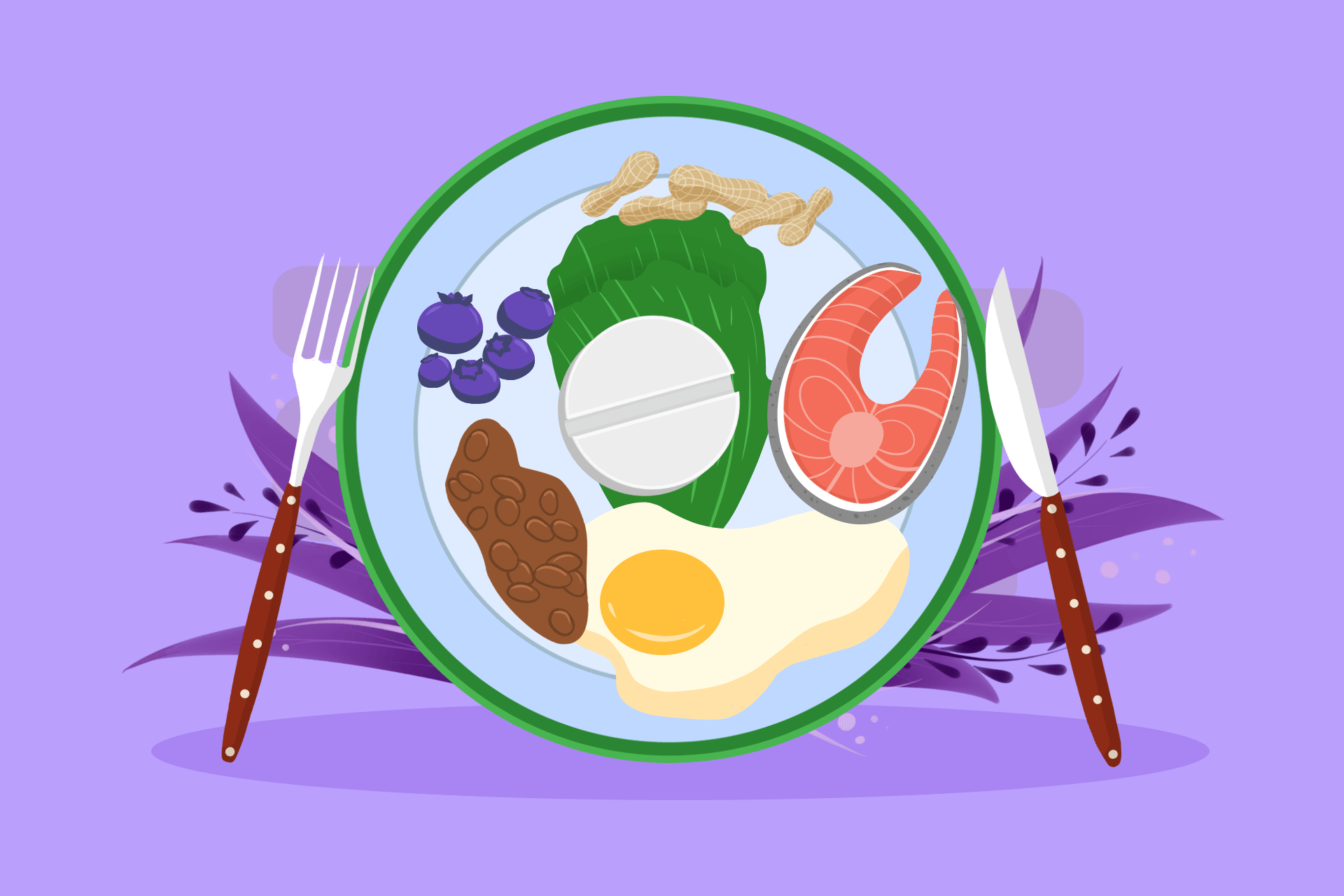 In this guide, you’ll find answers to these questions, including the basics of modafinil. Let’s dive in.

Besides, modafinil is commonly used off-label by healthy individuals due to its cognitive-enhancing effects. It’s a safe and well-tolerated nootropic that improves mental performance & ultimately boosts productivity at work or in school. It helps improve concentration & focus, ameliorate memory & attention, and increase energy levels. Various professionals, including students, use it to gain a competitive edge, stay focused & alert, and manage stress [2].

Can You Eat While Taking Modafinil?

According to studies, the administration of the drug with food may probably delay the active ingredient’s absorption without significantly affecting its overall bioavailability. As per the product label, modafinil’s absorption may be delayed by approx. an hour if administered with food [3]. 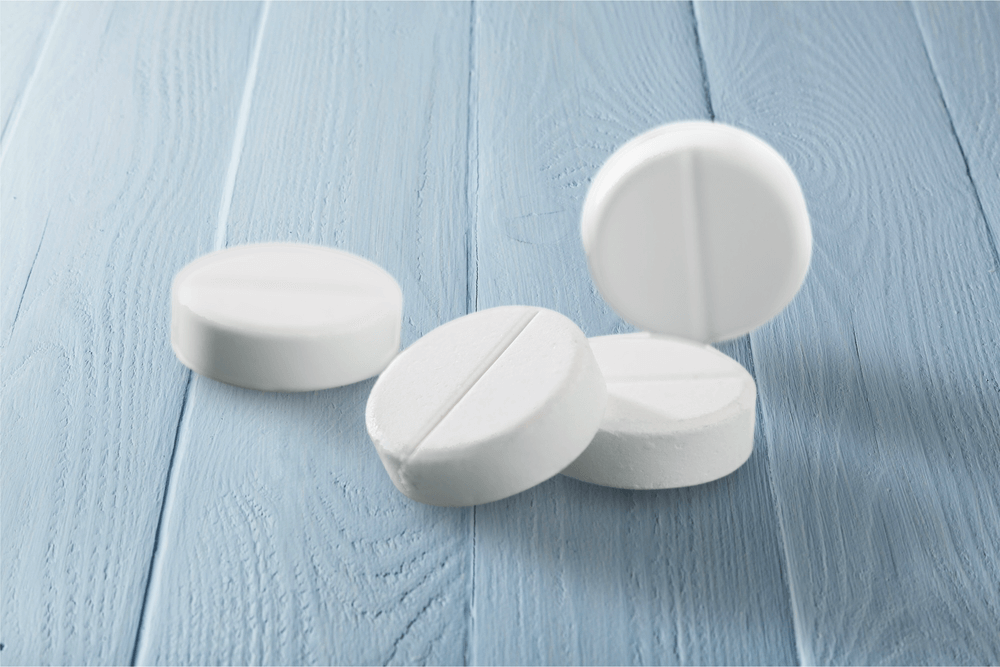 Most people use the nootropic for two reasons: to heighten brainpower & productivity and to cut weight (this can work if it’s used without taking any meals). A large meal will nullify both of the said benefits because it heightens the blood glucose levels, putting you in fat-storing mode rather than fat-burning mode. This means the body is attempting to store energy in case food sources become scarce. Besides heightening blood glucose levels, a heavy meal will probably slow you down if eaten during your “peak” hours, which can be a real problem if you’re working on something time-sensitive. Note that if you’re going to administer the “smart drug,” it’s advisable to try it out on an empty stomach first.

Modafinil can act as an appetite suppressant. As such, you can rarely experience any hunger pangs while under the influence of the nootropic. This can be the best effect if you’re intending to use it for weight loss. However, if you’re doing tasks that require intense brainpower, you must make a conscious effort to remember to eat when using the drug. This implies sticking to your typical meal schedule — even if you’re not hungry.

As per the product label, you can take modafinil with or without a meal. If you choose to take the drug with food, eat a light meal that won’t affect its absorption rate. Eat breakfast, lunch, & dinner at the same time and in similar amounts while on modafinil. This helps you minimize certain negative effects of the “smart drug” such as headaches & nausea. Some individuals may experience stomach issues when popping the tablet due to one reason — not eating food when ingesting the med.

Below are some of the best foods that work well with modafinil.

According to Finnish researchers, eating eggs can heighten brainpower — and it’s all because of choline [4]. Eating roughly the equivalent of an egg can lower the risk of dementia or Alzheimer’s disease. You can perform better on certain cognitive tests after eating this product. Modafinil depletes choline, and taking it with eggs helps prevent any choline-depleted headaches, which is a negative effect some people have when they take the drug. That means that if you eat an egg while on modafinil, your cognitive activities will be improved. 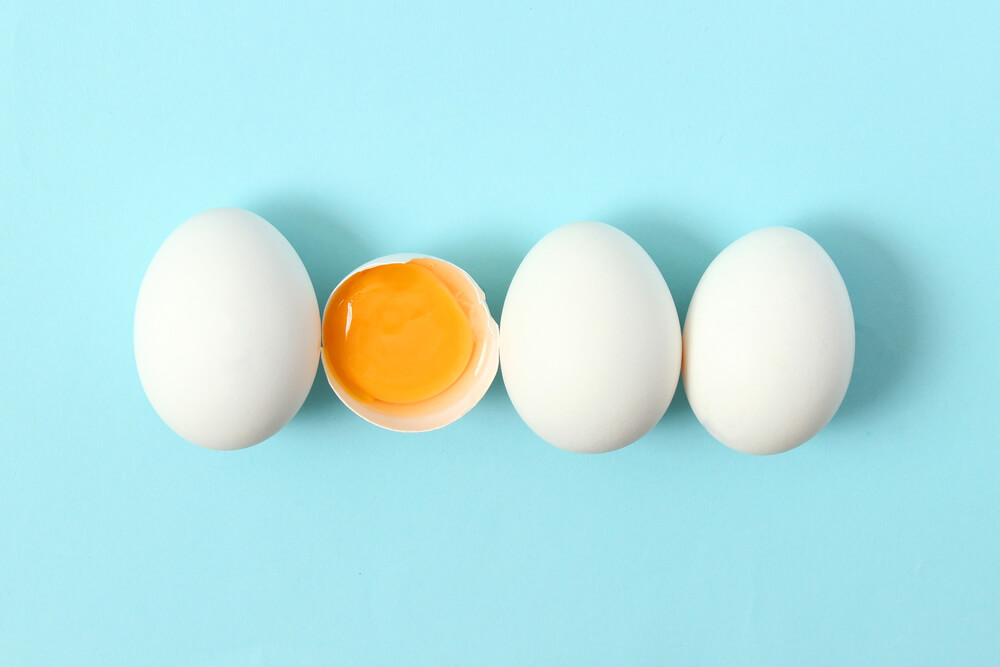 Lentils are packed with folate, a B vitamin known to aid in ameliorating brainpower. It plays a role in reducing levels of amino acids that might impair brain functioning as one ages. Lentils also contain thiamine & vitamin B6, which remarkably heighten focus and energy, and iron, which is important for cognitive functioning. It acts as a memory booster, especially when mixed with modafinil. The combination helps increase energy levels & ameliorate focus to gain an edge.

Eating nuts improves cardiac markers, and having a healthy heart is associated with having a healthy brain [5]. Regular consumption of nuts lowers the risk of cognitive decline, especially in older adults, and also boosts memory [6]. Numerous nutrients in nuts, e.g., antioxidants, healthy fats, & vitamin E, benefit brain health. The use of nuts in combination with modafinil offers immense cognitive benefits.

Blueberries furnish numerous health benefits, including some that are specifically for the brain [7]. Some antioxidants existing in blueberries accumulate in the brain & help heighten communication between brain cells. Sprinkle them over your delicious breakfast cereal, add them to your smoothie, or enjoy them as a simple snack right after or before taking a modafinil pill. 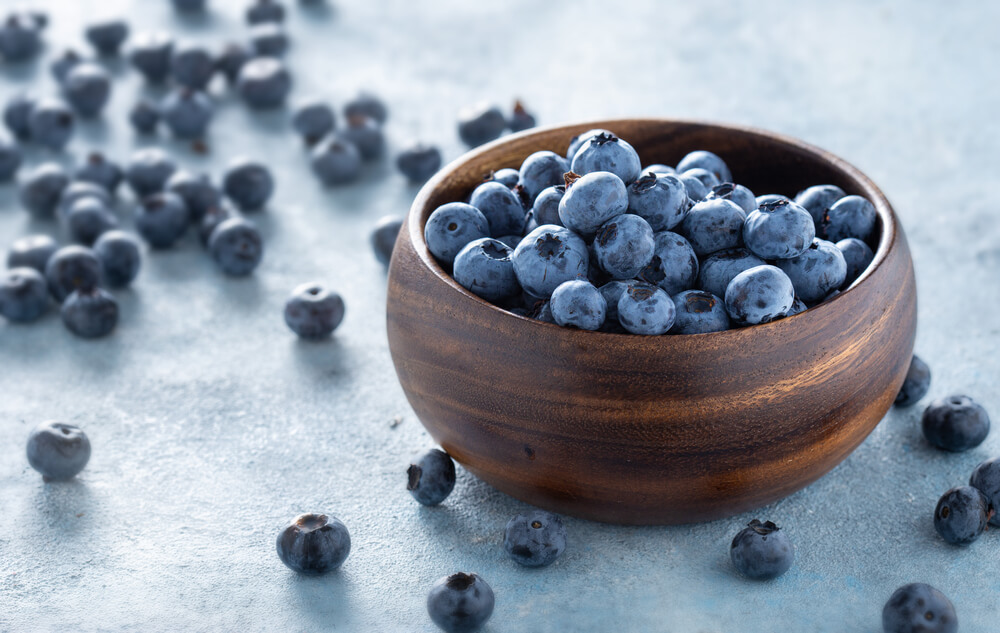 Salmon is full of omega-3, fatty acids known to be highly beneficial to the brain. Omega-3 delivers more oxygen to the brain & permits you to retain new info while still recalling old info. Most importantly, it perfectly mixes with modafinil. Besides salmon, other useful types of fish are tuna and herring. Being nutrient-rich, they help lower the risk of cognitive decline and support brain health. Combining salmon, as well as other types of fish, with vegetables is especially useful for increasing energy levels.

What Food Should You Avoid? 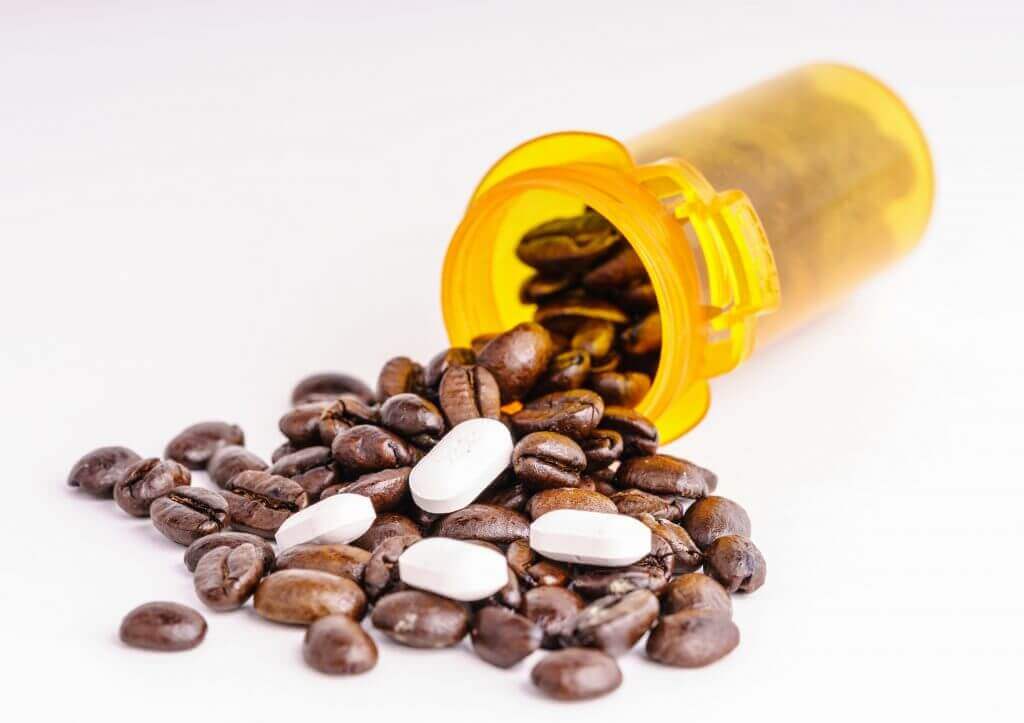 There are some foods that you shouldn’t mix with modafinil. For instance, it might be a good idea to skip the morning coffee, particularly if it’s a strong kind like espresso, when popping a modafinil pill. Combining modafinil with caffeine might lead to some side effects.

Grapefruit & grapefruit juice may weaken the action or exacerbate adverse effects of the “smart drug.” Grapefruit juice contains furanocoumarins. This substance is responsible for blocking the enzyme cytochrome P-450 3A4 (CYP3A) in the intestines, which normally breaks down modafinil & quite a few other meds [8]. The body can’t metabolize & get rid of the med as fast as it normally would. Just one glass of grapefruit juice could elicit the highest blocking effect, which may continue for a long time. Overall, the “smart drug” mixed with grapefruit juice isn’t going to do you any serious harm, but it might affect the way the med works.

Also, the least ideal meals to eat while on modafinil include pastries (anything fried & sugar-based), bread, bagels, and pasta (anything super carb-loaded or that can spike blood sugar levels).

This has been an in-depth guide to taking modafinil with food. You can choose to take it with or without a meal, but note that taking it on a full stomach may delay the active ingredient’s absorption. Eating a light meal will be the best solution in this case. You can select to take any of the mentioned foods at a time you are using modafinil. You may not feel hungry while on the “smart drug,” but if you can eat some nutritious food throughout the day, it will certainly go a long way to sustaining your cognitive output & preventing negative effects. However, there are no risks to taking the “smart drug” on an empty stomach; it’s simply a matter of personal taste.