Beginners Guide to Modafinil for Narcolepsy

Experts estimate that narcolepsy affects about 1 in 2,000 individuals. Its symptoms usually start between the ages of 10 & 25. Narcolepsy causes severe daytime drowsiness that affects your normal sleep-wake cycle. 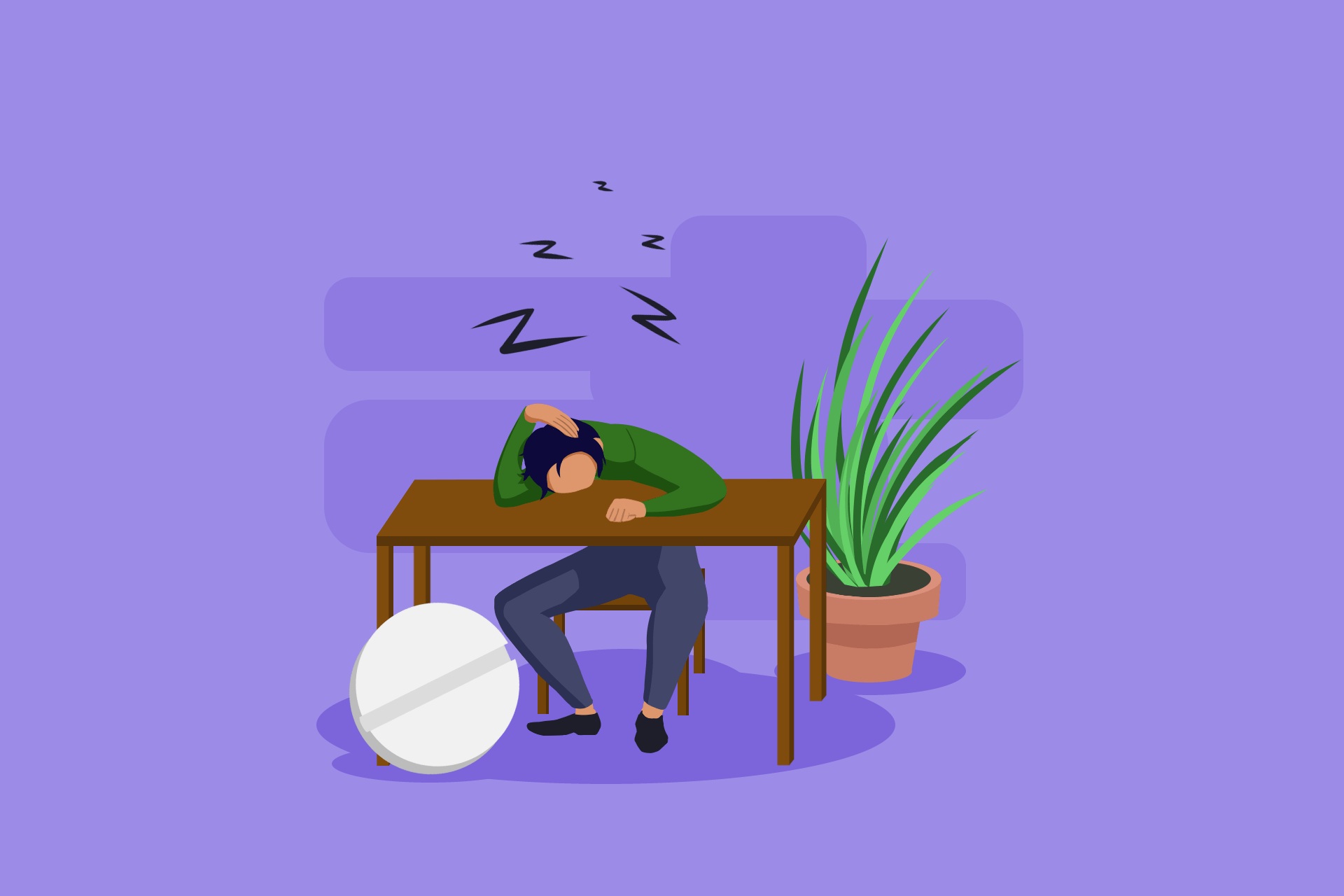 Let’s take a look at modafinil, an approved treatment for narcolepsy, discuss how to “cure” the sleep disorder with this medication & the possible risks associated with it, and find out the best alternatives to modafinil for narcolepsy. But first things first!

Modafinil is a popular eugeroic, or wake-fostering agent, designed to promote wakefulness by stimulating the brain. The US Food and Drug Administration (FDA) certified it to treat some sleep disorders such as obstructive sleep apnea (OSA), narcolepsy, & shift work sleep disorder (SWSD). Off-label, modafinil is prescribed by doctors to treat other health conditions such as depression, dementia, chronic fatigue syndrome, jet lag, fatigue in multiple sclerosis, Alzheimer’s disease, Parkinson’s disease, post-anesthesia grogginess, attention-deficit/hyperactivity disorder (ADHD), etc. Healthy individuals use it as a nootropic, or a “smart drug,” to ameliorate mental abilities and increase performance at work.

Before providing the best tips on how to use this medication to manage narcolepsy, let’s get to know the basics of modafinil & this sleep disorder.

The Basics About Modafinil & Narcolepsy

Narcolepsy is a chronic sleep disorder that causes excessive daytime drowsiness. The cause of this condition isn’t well comprehended but may involve genetic factors & abnormal signaling in the brain. Narcolepsy is usually characterized by a sudden loss of muscle tone (cataplexy), sleep paralysis, fatigue, changes in rapid eye movement (REM) sleep, & hallucinations. It is often misdiagnosed as other disorders that might disturb sleep, such as OSA, depression, chronic fatigue syndrome, anxiety, among others. Before taking a narcolepsy med, you’ll need to have some tests done to confirm that this condition is breeding your symptoms. The primary tests used to diagnose narcolepsy are a polysomnogram & a multiple sleep latency test (MSLT). 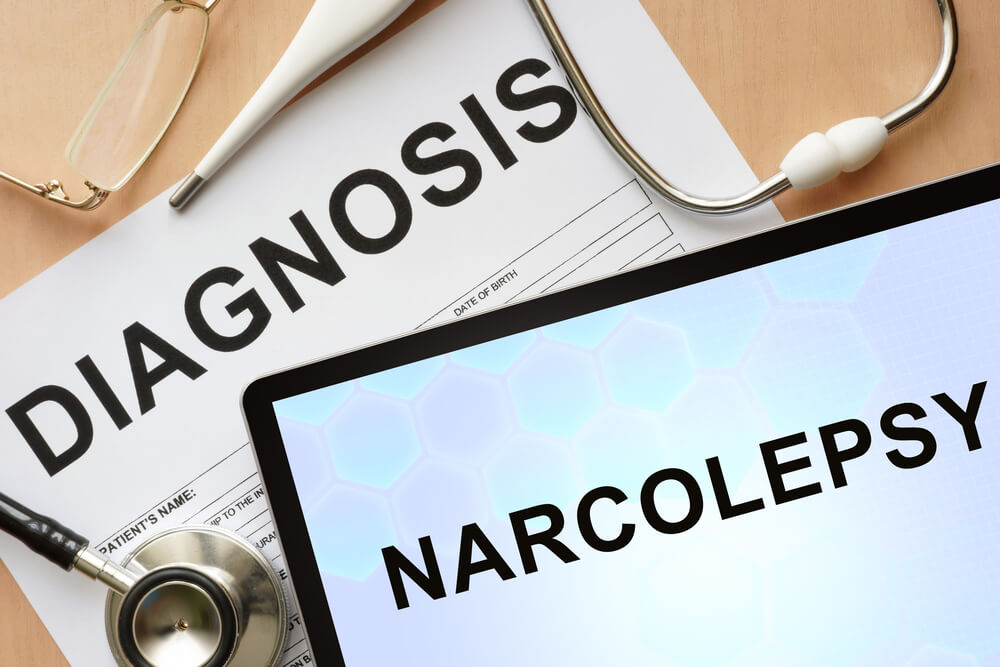 There are various medicines used to manage the symptoms of narcolepsy like stimulants and tricyclic antidepressants, but modafinil is considered super effective & safer than most stimulants. It isn’t addictive and doesn’t trigger the highs & lows often linked with older stimulant drugs such as Ritalin & Adderall. It’s known to function by heightening the concentrations of brain neurotransmitters such as dopamine, orexin, histamine, serotonin, & norepinephrine. Histamine is a key wake-promoting neurotransmitter, & heightened histamine signaling may ameliorate the symptoms of various sleep disorders, including narcolepsy with cataplexy [1]. Orexin is ideal for ameliorating wakefulness as well [2]. Serotonin strongly stabilizes individual mood, feelings of well-being & happiness. Besides, it enables your nerve cells to effectively communicate with each other, thus supporting sleeping, digestion, eating, regulating anxiety, healing wounds, lessening depression, etc. [3]. Additionally, the neurotransmitter dopamine plays a principal role in how we feel pleasure, think, & plan. It also helps an individual remain motivated, learn, regulate sleep, focus, mood, & attention [4].

By heightening the levels of these neurotransmitters, a user with a sleep disorder can manage the condition effectively. Many cases of narcolepsy are believed to be caused by a deficiency of the brain chemical hypocretin (or orexin), which controls sleep. The lack of this neurotransmitter is considered to be the result of the immune system mistakenly fighting parts of the brain that produce hypocretin. The orexin system is thought to stabilize the wake-sleep flip-flop switch in wake-active structures consisting of cholinergic, histaminergic, & monoaminergic neurons. It also regulates the onset of REM sleep & associated muscular atonia in the brainstem.

To comprehend the symptoms of narcolepsy, it’s prime to first acquaint yourself with how sleep happens normally. Healthy sleep includes REM sleep & non-REM sleep. The former is characterized by dreams, swift eye movements, + paralysis of the limbs & trunk that stop an individual from acting out dreams & also becoming injured during sleep. In non-REM sleep, dreams are less frequent & the body isn’t paralyzed. In people without narcolepsy, REM sleep, non-REM sleep, & wakefulness are distinct states that don’t mix.

Hypocretins aids in sustaining alertness & preventing REM sleep from occurring at the wrong times. For those without narcolepsy & whose sleep is well regulated, hypocretins are released during wakefulness & boost activity in target neurons that improve wakefulness & suppress REM sleep. A lack of hypocretins results in lasting sleepiness & indeed poor control of REM sleep [5].

For individuals with mild to moderate sleepiness, modafinil is indeed a good choice. It lessens feelings of sleepiness & moderately ameliorates the ability to stay awake. Nonetheless, for those with more severe daytime drowsiness, sodium oxybate or amphetamines often produce the most beneficial results [6].

Tips on How to “Cure” Narcolepsy with Modafinil

There’s no particular cure for narcolepsy, but you can reduce the symptoms of the condition & minimize their impact on your everyday life. For narcolepsy, modafinil is normally taken once daily in the morning. Or, if your physician directs you to, the whole daily dose may be divided into a morning dose & a noon dose. 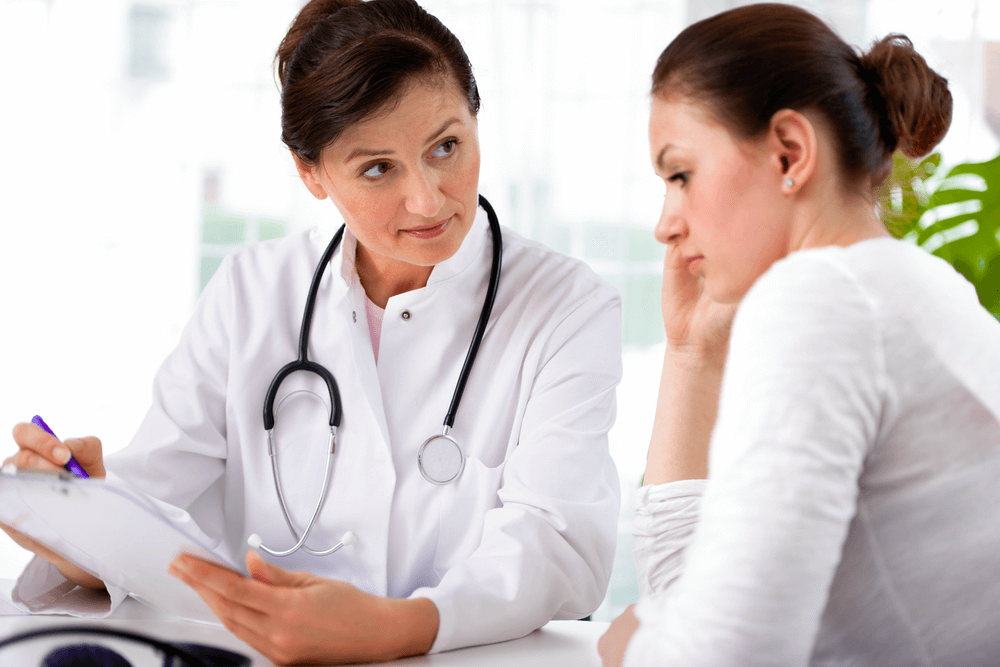 If your narcolepsy symptoms are severe, you’ll certainly need to use the right med, and modafinil is considered one of the best treatments. When you use this med for the first time, it’s common to start with a lower dose of 50–100 mg daily & increase it to the recommended daily dose of 200 mg. You may take the whole 200 mg tablet in the morning or divide it into a 100 mg dose taken in the morning & a 100 mg tab taken at midday. Some individuals may benefit from modafinil’s maximum recommended dose of 400 mg taken once daily compared with the 200 mg dose. Some patients opt to ingest a 50 mg dose early morning & another 50 mg in the midafternoon. Modafinil can be administered with or without food but with a substantial amount of water.

Additionally, making some manageable changes to your sleeping practices can benefit you. Some tips to manage or prevent narcolepsy include the following [7]:

Certainly, there can be other efficacious ways to manage narcolepsy. But the right mixture of meds & behavior, as well as lifestyle changes, can help patients manage unpleasant symptoms & lead a full & happy life.

Can We Take Modafinil Everyday for Narcolepsy?

Yes, it’s safe to take modafinil daily at low doses. It may be 100 mg/day or several times that dose. For some patients, a single 100 mg tab taken shortly after waking up in the morning is sufficient. For others, the total dosage should be higher, and it should be spread throughout the day. 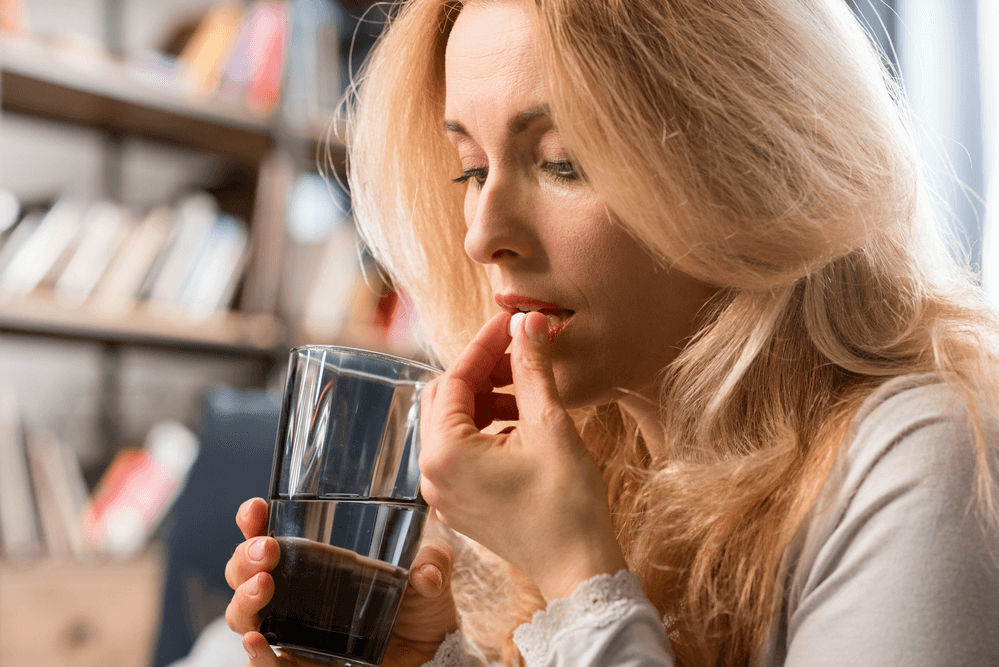 Certainly, the required modafinil dose for narcolepsy varies from patient to patient. Some subjects may benefit from taking the 400 mg (2×200 mg) dose of the drug once daily. A split-dose 400 mg use may be better than once-daily dosing for effectively sustaining wakefulness throughout the whole waking day [8]. Modafinil should be taken each morning at the right dosage as prescribed. The med only lasts for the day (about 12+ hours) that you take it.

Taking Modafinil for Narcolepsy While Driving in the Afternoon…

While on modafinil, it’s important to be careful while driving because this drug may impair your reactions, thinking, & ability to drive. However, when sleepiness is under control, you are indeed safe to drive. Yes, you must know your limits. You may be safe driving for 30 minutes but not on a 3–hour, boring highway drive.

If you take modafinil in the morning hours, its effects begin to drop in the late evening. That means you are free to drive when your narcolepsy symptoms are well controlled & you know it doesn’t affect your ability to drive.

Don’t risk taking modafinil without a physician’s prescription. Certainly, it is an effective & well-tolerated treatment in those experiencing excessive sleepiness linked with narcolepsy.

Alternatives to Modafinil for Narcolepsy

Meds are usually the main treatment for narcolepsy. Although they can’t cure the condition, they can help manage its symptoms and improve the quality of life. But it’s paramount to take the time to get the right med or mix of drugs. If modafinil is not working or doesn’t help treat narcolepsy based on your health analysis, other effective meds such as dextroamphetamine (Dexedrine), methylphenidate (Ritalin, Concerta), a mix of amphetamine & dextroamphetamine (Adderall), or pitolisant (Wakix) can also be used [9]. 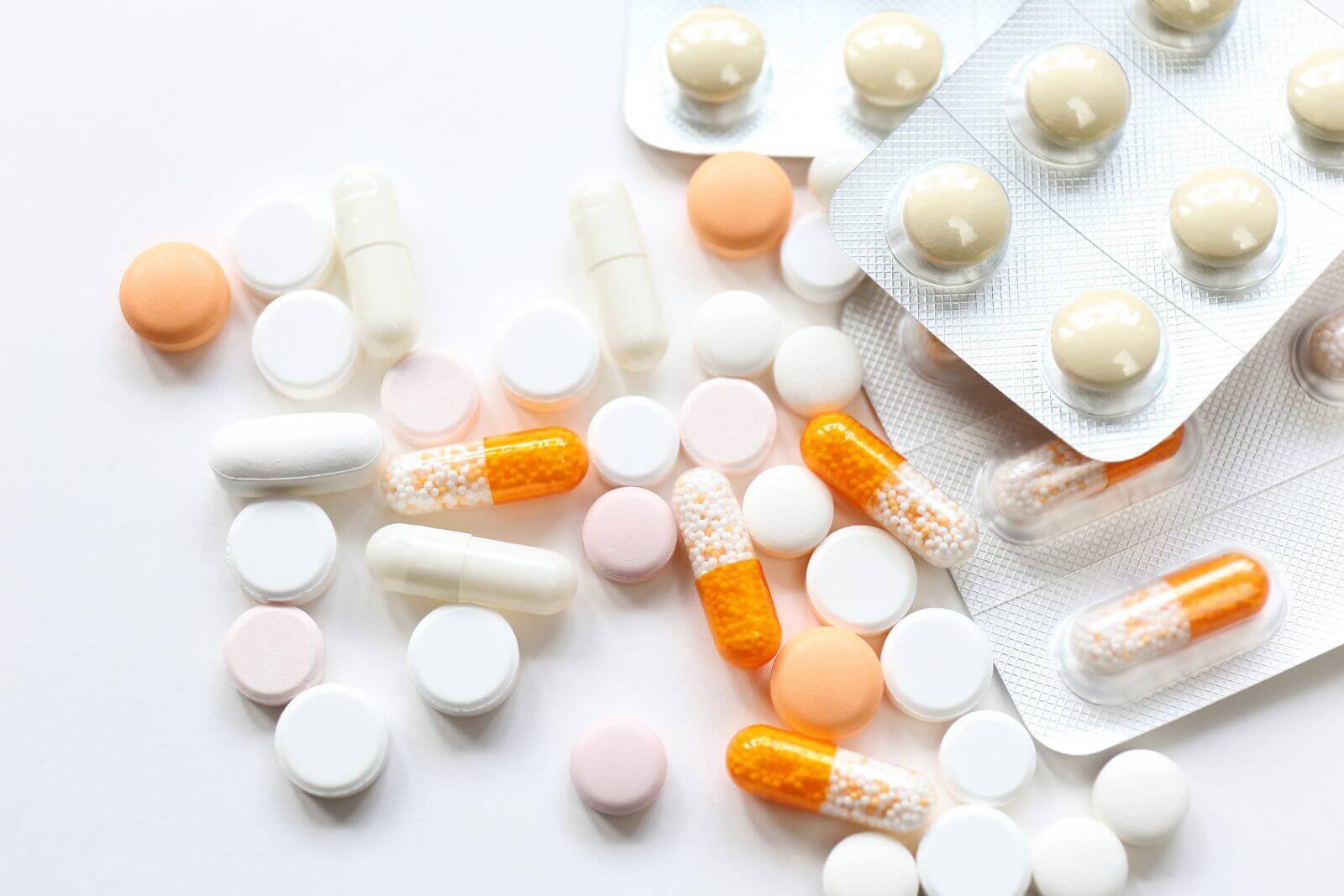 Besides, various kinds of antidepressants can be used to manage narcolepsy. Some of the meds are selective serotonin reuptake inhibitors (SSRIs) such as citalopram & fluoxetine, serotonin-noradrenaline reuptake inhibitors (SNRIs) such as venlafaxine, and tricyclic antidepressants (TCAs) such as clomipramine & imipramine. These meds work by altering the levels of certain neurotransmitters in the brain & lessening the amount of REM sleep responsible for many of the symptoms of narcolepsy [10].

Is Ritalin Better Than Modafinil for Narcolepsy?

Both modafinil and Ritalin are used to manage narcolepsy symptoms, but one drug may function better than the other based on how the body responds to it. There are some differences between both meds, which may determine which drug is better. Let’s explore them.

First of all, because Ritalin can be abused or can lead to dependence, it’s classified as a Schedule II controlled substance. On the other hand, modafinil is a Schedule IV controlled medicine, which means it has a low potential for abuse and dependence. That means that the latter is much safer to use than the former medicine. Furthermore, Ritalin is a short-acting form that heightens alertness for 4 to 6 hours, while modafinil’s effects last for 12+ hours. Many individuals find it very convenient to take modafinil, the longer-acting form, in the morning & sometimes again at midday, to stay awake and alert throughout the day. One more thing that is worth mentioning is that Ritalin is a central nervous system stimulant that can cause more serious negative effects than modafinil that is not a stimulant but just has stimulant-like effects.

Considering all the above information, we may conclude that modafinil may be a better option for the treatment of mild to moderate narcolepsy. On the other hand, Ritalin may be helpful at managing the symptoms of severe narcolepsy because it’s considered a more potent drug.

Modafinil is now the med of choice for the treatment of narcolepsy. In the global experience, its use is well-tolerated, & the majority of its negative effects are considered mild. It indeed improves wakefulness by effectively stimulating the brain & also helps you be productive at work. Hopefully, this guide has given you prime tips on taking modafinil for narcolepsy. You’ve also learned about other alternatives for treating this condition. Overall, modafinil is indeed the best med for managing the symptoms of narcolepsy.